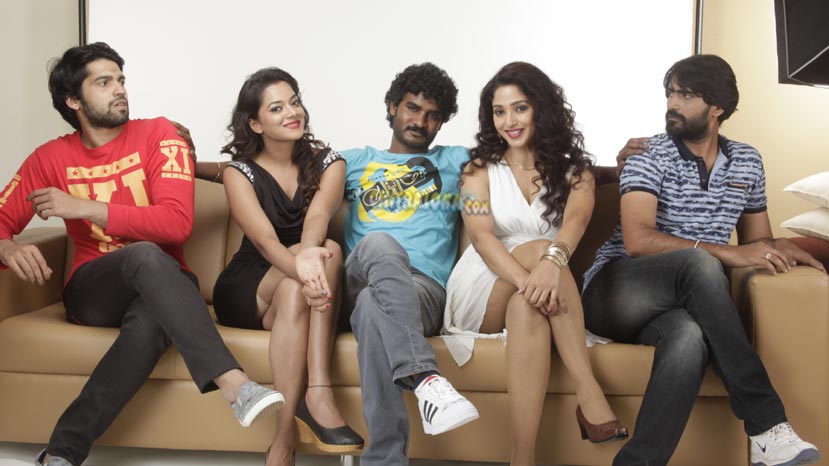 Double Engine is an out-and-out comedy film that does not care about anything else. The only purpose of this film is to make the audience laugh. And in that it succeedes  without doubt. Director Chandramohan has picked up a simple story about three dandy youth in a village and the kind of trouble and comic situation they get themselves into trying to make a quick buck. Just imagine what happens when three carefree meet. That is what happens in the film. It is a laugh riot. But you should not search for too much logic in the film. The only criteria that applies is magic of laughter.

The film has a huge star cast of good actors including Chikkanna, Ashok Raj, Prabhu, Suman Ranganath, Sadhu Kokila, Dattanna, Achyuth, Shobraj, Priyanka Malnad and others. The story starts in a village. Three youth dream big. In their plans, they should have all the money and resources to lead a luxurious life. But it is even beyond their dreams to think of such things. But these are not the kind that will give up easily.

They try all sorts of things to achieve what they think is their right. Will they succeed is not the question, but the answer is what happens when they try and do things beyond their means. It leads to a lot of funny situations.

The film does not also question the morality of things they do. Since it is only for entertainment, everything goes. There are also some double meaning dialogues in the film. The target audience of the film is the youth.

There are two tracks in the story. The first is about the three youth played by Chikkanna, Prabhu and Ashok. How they team up with Suman Ranganath and cause all sorts of trouble to themselves forms the lifeline of this track. The second track is headed by Sadhu Kokila. No prizes for guessing that even this is a comedy track. Chandramohan has left no stone unturned to provide the maximum returns for the ticket price. A single point agenda of the main characters is to make money and the single point agenda of the director is to make the audience laugh. The second one definitely succeedes. So this is a film for you if you love comedy and enjoy crazy things.