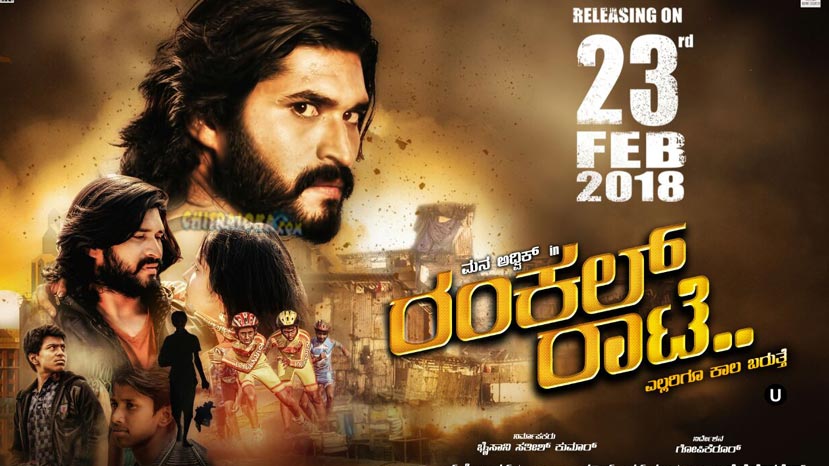 Sports films and those with a major sporting theme are rare in Kannada. Rankal Raate fills that gap with a film where skating takes center stage. Skating is not cricket or any game all of us can identify with. It has becoeme a popular sport especially in the cities where facilities are available. Even then the facilities are not in the reach of everyone. Rankal Raate explores the life of one such boy from a city slum who dreams of making it big as a skating star. The film combines this aspirational tale with that of a romance story of a skating coach and delivers an entertaining film.

It is not just the aspirational poor kid but also the challenge before a coach that is the theme.

Mana Advik plays a skating champion from Goa. He falls in love with a girl from Karnataka. She gives him a task before accepting him. This strange task is to make a skating champion out of any youngster from Karnataka. He comes to Bengaluru to fulfill this wish. But it is nkt easy in the nepotism driven sporting academic world. On the other end of the spectrum is slum boy Suri. The two are destined by fate to be master and prodigy. Despite all the odds they come up triumph. How they manage this is the tale woven by director Gopi Kerur.

Romance takes a backseat while sports and training and drama around it takes the center stage.

Rankal Raate is an unusual film not only because of the sporting theme but also because it has a different plot point even for its romantic track. The actors are decent and play their part well. The director has extracted good performances and made a decent film that also captures the intricate details about the sport of skating.

Rankal Raate is not a disappointment even if you give grace marks to the newcomers. They have managed to give a good film and their future prospects in Kannada look bright.