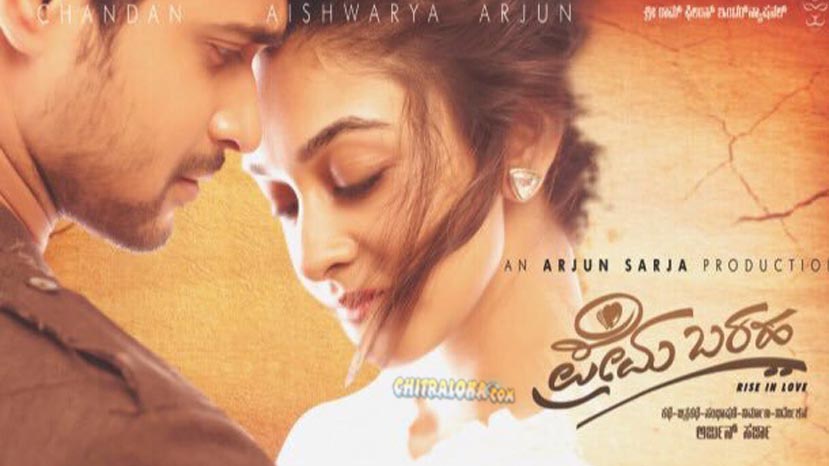 The film starts in the present time and Chandan a very successful businessman is reminded of his days as a television reporter in the 1990s. He lives in the same apartment complex as that of another television reporter played by Aishwarya Arjun. The two are from different channels and circumstances make them competitors. They are both assigned for some special stories and they do not reveal it to their teams and go to Delhi. There they are told that they will be covering the Kargil War. They take up the challenge together. Though they have known each other for sometime by then it is during the war that they fall in love with each other. But they are in such a circumstance that they cannot do it.

But life teaches them that love is more important than other things. How it happens forms the rest of the story. But it is not just the plot but the way in which Arjun Sarja handles the narration that keeps the audience engaged with the film and fall in love with the characters.

Every scene is presented in a manner that will endear the character to the viewers. There are so many characters and top actors for even small roles. There is a big star cast that includes Suhasini Maniratnam, Prakash Rai, K Vishwanath, Sadhu Kokila and others. There is also guest appearance by Challenging Star Darshan, Chiranjeevi Sarja and Dhruva Sarja in a song. Jassie Gift has given some good and catchy scenes.