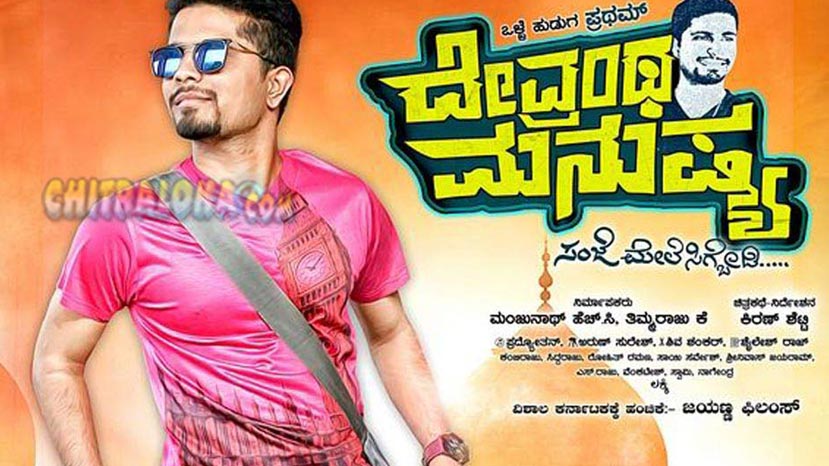 Devaranta Manushya tries to mix the image of Bigg Boss star Pratham with a dramatic film story. It manages to blend entertainment and a serious issue also. As the name suggests you know what is going to happen but that it the surprise element also. How can a person who is shown to be so down the depths of immorality be a very good person? For that you have to watch the neatly made film.

Pratham is introduced as a person fond of drinking. Every time he manages to get drunk with the money of others. Two of his frines have to listen to his story. That is what the tagline means 'Sanjemele sikkabedi' (Don't meet me after nightfall). The story takes many twists and turns. In the beginning Pratham narrates a love story in flashback. Just when the audience begins to believe in the story there comes a strange twist. It is surprising. Then it becomes even more strange as a new episode begins. There is connection between the two. Why did Pratham become a bad boy all of a sudden? Is there something sinister in him? Why did he cheat a girl?

Just when the character is taking a different course there arrives another twist. The film then races towards a surprising climax. Pratham has done quite well in his role. Shruti and Vaishnavi Menon are the two heroines and both have done a good job. They are ably supported by Tabala Nani and Suchendra Prasad. Kirik Keerti arrives in a guest role and lights up things. The film is ably handled by director Kiran Shetty. Composer Praddyottan has given some meaningful tunes.

Devaranta Manushya has an unusual story and it was not an easy role for anyone. Pratham has tried his best to fit into it. The challenge is difficult but somehow he has managed to look convincing.