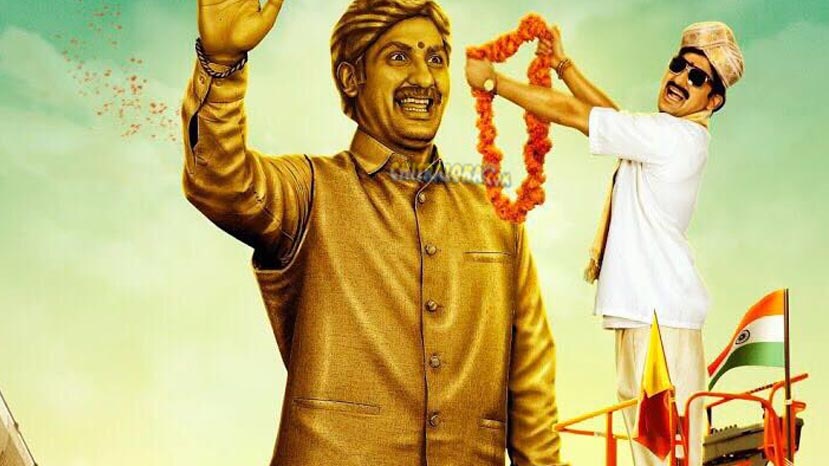 You may have seen many kinds of politicians but this is one special guy. Meet Humble Politician Nograj, an one-of-a-kind political animal. Like all politicians he is corrupt. But he is honest about it. He does not lie about it. He tries to better himself in this aspect everyday by improving his corruption appeal.

Even our Nograj has to face difficulties. His dangers come in the form of the local MLA who wants to dominate all corporators. Nograj is not one to be dominated and stomped upon. He sets out to demolish his opponent. He does what every politician does. It is a dog eat dog world out there and Nograj knows how to handle it. He thrives when it comes to beating politicians at their own game.

Now what if a really honest person who is not a politican becomes his opponent? That is where the fun begins. Nograj is at his wit's end facing the challenge from NRI turned local honest businessman Roger Narayan. Does Nograj finally meet his Waterloo at the hands of the really honest person or does the wily politician win the impossible battle? That is what you will see in the film Honest Politician Nograj.

Danish Seth's hilarious comedy coupled with a serious satire on the political system in the country through the eyes of a businessman is brought out beautifully by director Saad Khan. The film has some good acting by Danish Sait, Vijay Chendur, Roger Narayan, Sumukhi Suresh, Sruthi Hariharan and Hanumante Gowda.

This is a very unusual film that will leave you laughing all the way through. It will leave you rooting for Nograj sometimes and the honest Roger other times. Either way it is a win-win situation for everyone including the audience. This is a surprisingly different kind of film and you would not have experienced the dimensions of characters like this. At times the film has too much of English and it may not be familiar to everyone. But overall this is a special film for Sandalwood and a Sankranti gift.