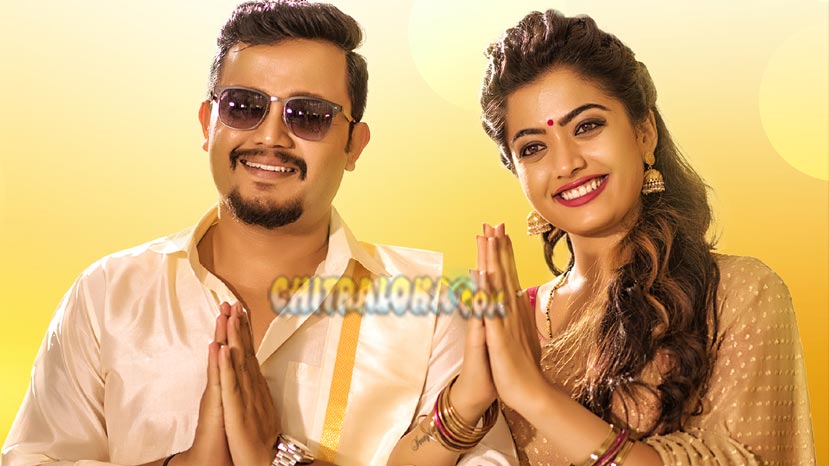 It is a magical combination of Ganesh, Rashmika Mandanna and director Simple Suni. They have managed to give a very entertaining film in the form of Chamak. The film has a fresh feel and a contemporary take on the compulsion of marriage and how the young people today approach it. Marriage is not seen as a lifetime effort and commitment. But it only takes a few things to realise how do deal with it. That is what is shown in the film in an interesting manner.

Ganesh plays a gynecologist who is afraid of marriage. However he continues to seek for a bride and rejects but rejects everyone. Finally in a friendly banter his friend advises him to lie about his partying ways and find a bride. It works. He marries a stay-at-home girl and it seems to be a match made in heaven. But it does not take long to realize that there is cheating going on. Within two months of marriage the two seek for divorce. What is the secret that made them come to this conclusion? Will their marriage work? For that you have to watch the magic created with this film.

There is some top notch performances from Ganesh and ably supported by Rashmika Mandanna. Ganesh look perfect for the role that is made for him. He manages to bring tears to the eyes in a couple of scenes without effort. It shows his superb acting skills. Her character changes from being a homely girl to a party girl to a housewife to a revenge seeking person to a girl in need. She manages to portray all these emotions ably.

Suni has made Chamak with so much interest that it shows. The special attention is given to making the characters real and timely. The dialogues are also good and apt. Behind the screen, the work of the cinematographer Santhosh Rai Pataje is good. The music also matches the mood of the film and the BGM is especially good. This is a perfect film for the Kannada audience to end 2017 and welcome 2018. Chamak is one of the best films we have seen this year.