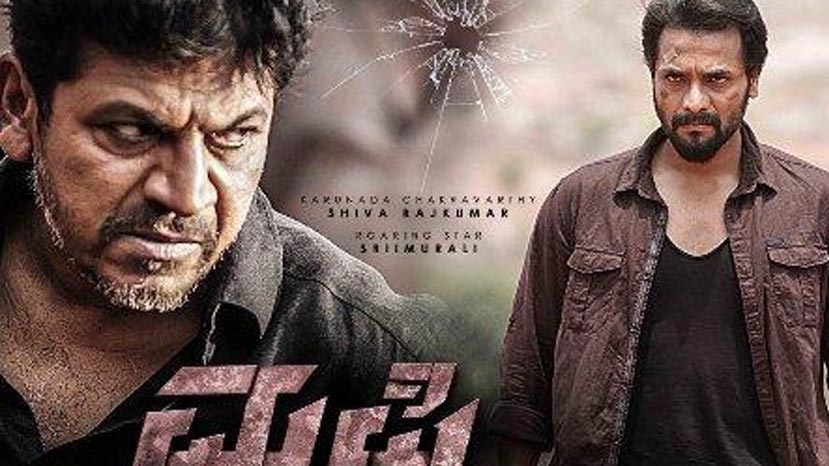 Mufti is a feast for the fans of Shivarajkumar and Srimurali. It is also a great film for the fans of Kannda films. Mufti is one of a rare kind of cinema where the routine effects of a commercial film are done away with. You get the black and white results with characters which have multiple shades of grey. Whom you think is the enemy turns out to be a friend. Who you think is an enemy may turn out to be your most loyal servant. The uncanny narrative, a story you cannot easily imagine and characterizations that are unusual makes Mufti a very rere kind of film.

Srimuruli plays a police officer in the film. But he is in mufti or undercover. He works undercover in the port area. But in the internal badlands of Ronapura there is a don whom the police is unable to even touch. Srimurali is assigned to go to Ronapura to bring down the don. He goes there undercover and joins the gang.

Srimurali has to try very hard to get near the don. But in so many years only a few people have actually seen his face. How does he manage to crack the gang and get close to the don and gain information needed to trap him? Thus begins a cat and mouse game. The cop has to pledge his life to uncover the truth. But truth is stranger than fiction. He comes to know of things that surprises him. You can enjoy the rest of the story on screen.

Director Narthan has written an unusual story. He has also managed to give a narration that is quite unlike what you will see in many films. This is different in the real sense of the word. The highlights of the film are the cinematography by Naveen Kumar, music by Ravi Basrur and Narthan's direction.

There is brilliant acting by Shivanna and Srimurali. Shanvi Srivatsava has a small role and is only limited to the bit of romantic scenes and the comedy scenes involving Chikkanna and Sadhu Kokila. The film is a complete package that will warm the hearts of fans and give full entertainment to film lovers.