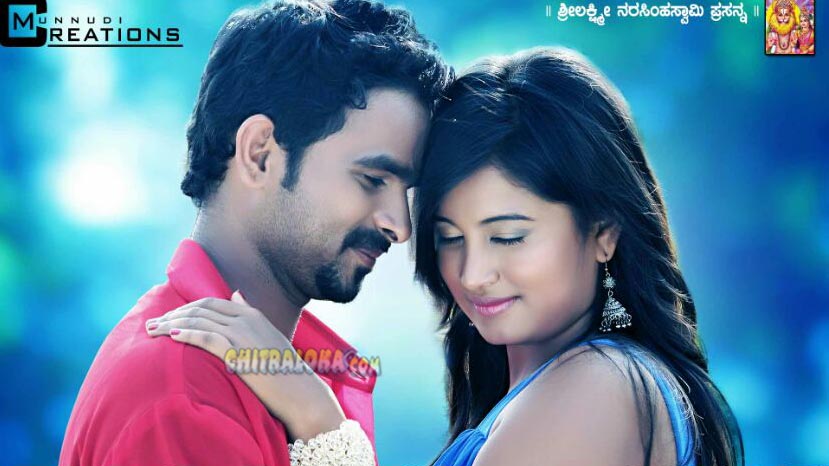 Mahanubhavaru is a film by newcomers which manages to keep the audience engaged in entertainment. The film is directed by Sandeep Nagalikar who has chosen the safe bet of a romance subject. Apart from that the film's story is about two persons who are very opposite in their characters. The two characters fall in love with two girls and handle it differently according to their characaters. The effect of love however is similiar in most circumstances. How they manage to live up to the demands of love forms the rest of the story.

Balachander and Gokul Raj have made thier debut as actors in this film. For newcomers, they manage to give good performances. Though the film is filled with newcomers it does not seem so. There is professional work to be seen and Mahanubhavaru can stand up to other films as it is decently made. There is also a sense of richness and you can see the money well spent in the making.

The film is a typical commercial entertainer which has its routine share of emotions, songs and dramatic scenes. Apart from Balachander and Gokul Raj the others who make an impact in the film are Priyanka and Anusha. The two contrasting characters are well developed by the director. One character is someone who plans everything in life from how much time is spent to brush the teeth and how many times he should chew his food. The other is a carefree person who lives a jolly life without any planning for tomorrow.

There is also some contribution from Sandalwood stars for the film. Prajwal Devaraj's voiceover and a song sung by Puneeth Rajukumar and Srimurali are parts of the highlights of the film. The cinematography is good in the film. It makes the film lively and bright. Mahanubhavaru is a commendable effort by newcomers which deserves all the encouragement from the audience who can expect to get the value of their ticket in entertainment.