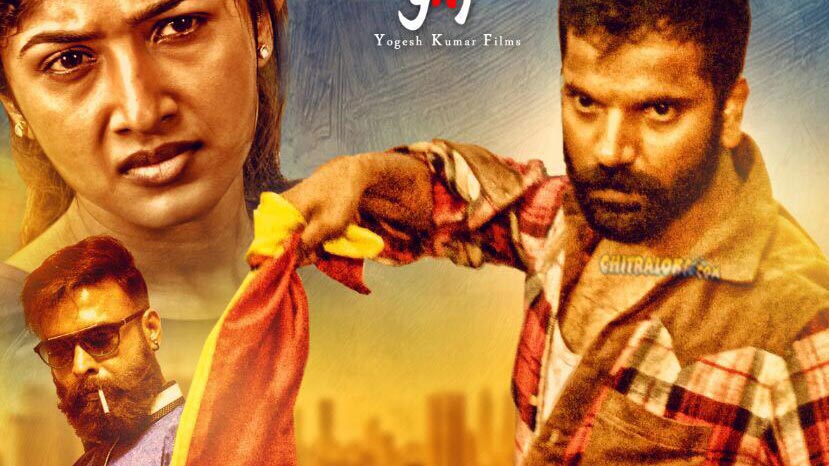 Sathish Neenasam's entry to action films makes a roaring sound. Tiger Galli is an action adventure which races with entertainment from the first to the last scene. Action, drama, adventure, suspense, story of corruption, police action, judicial activism and public uproar are all part of this film. It is rare to see a film packaged with so much energy and enthusiasm.

The film starts with a strange incident of a woman who attacks people at the chief minister's office killing on of his sons. She is taken to the police station where she is uncontrollable. Then begins the real story in flashback. The story is about the woman's son. She and the son are milk vendors who fall on the wrong side of rowdy elements. Some big shot rowdy wants to recruit the son into his gang but is unsuccessful.

In the meantime the son falls in love with a girl who begins to make him dance to his tunes. On the other side the big rowdy is used by a the chief minister and his son for their own misdeeds. Neenasam Sathish who plays Vishnu is caught between the rowdy and the politicians. The police are also watching him. Does he manage to stay clean is answered in the fim. It is not an easy task.

There are loads of action in the film. Sathish has manged to give his best for the role. He is very convincing in this action image. Other actors have also pumped up the film. Shivamani gives a good performance as the kingpin of the corruption in the state. Another director Giriraj plays his father and chief minister. One more director Aiyappa Sharma plays the rowdy don. The three directors form the trio of villains in the film and give the film a menacing boost. Among the other actors, Bhavana and Roshani Prakash make a good impression.

Tiger Galli takes a unknown story of a small time rowdy and turns it into an amazing tale of Bengaluru's underworld. Ravi Srivatsa has done a terrific job as a director. He makes the film convincing even though there is lot of blood shed and the film has been given an A certificate because of it. The dialogues are punchy and hard hitting. With a good story and fast narrative, Tiger Galli is one good action fare.