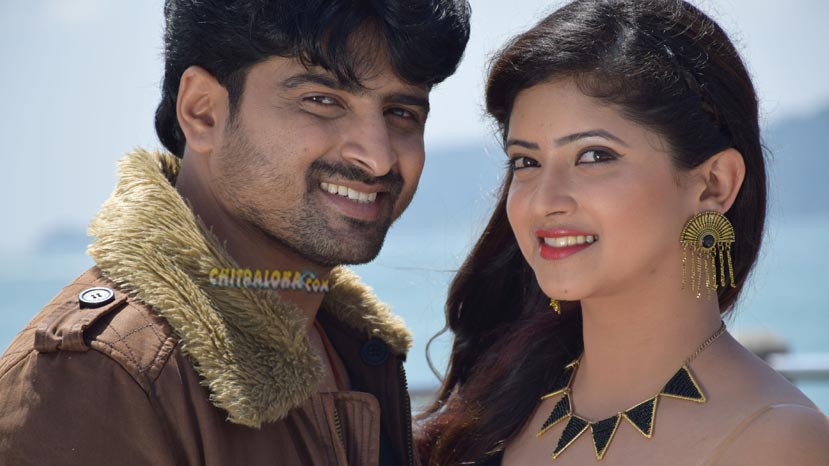 This Raghu S directed film is a good commercial film which also has a message. There are many people who are short-tempered and get angry for small reasons also. There is a message for people like that and for the society also. This is a remake of the Malayalam film Kali and there is suitable changes to suit the Kannada screen.

The lead roles is played by Bhuvan Chandra and Pallavi. The others in the cast include Danny Kuttappa, Ugram Manju, Yethiraj, Mamamohan Rai and Kavya. As mentioned earlier the film is about people who are short tempered and get angry for every reason. The hero of the film is such a character. What happens to his relationships and his friends and family because of his mindset is what the film tries to explore.

The anger spill on the screen and out of it too. The film is about about two college students who are in love. After college they decide to married. But their marriage does not stop the problem of the hero. He continues to have short temper which results in many problems for the marriage and the relationship. The heroine tries many ideas to reduce his anger but it is of no help. This short temper results in their separation. The hero does not understand why this is happening though the blame is on his anger.

The couple realise their mistakes and decide to unite. But it is not easy. They get into unexpected troubles. How they manage to get out of all the trouble forms the rest of the story.

Bhuvan has done a good job as the hero. His dialogue delivery and acting is perfect for the role. He is good in fights also. Pallavi has made a good debut with this film. There is good supporting cast too. The film is less than two hours and therefore perfect length if you want to catch a good film at a short notice.