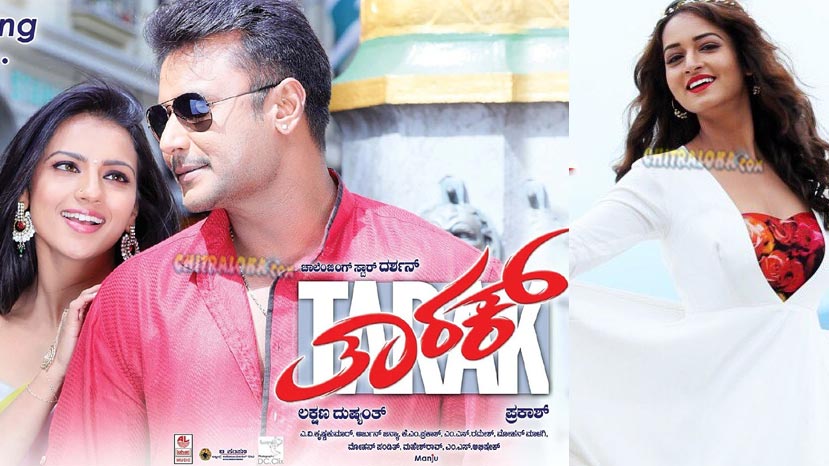 Tarak is a special film for Darshan. Many of his fans want to see him in action films with lots of fights and punch dialogues. Tarak is however another kind of film. It is a family film which upholds family values and there are not many fights (there are some good ones but not many). There are good songs and romance too. There is different kinds of dialogues and a different kind of acting that is required for a film like this. Darshan has excelled in it. He shows us that he is not just a very good action, mass image actor but also a subtle actor who can express a wide variety of emotions. Apart from action and romance, the emphasis in this film is about emotions. In some scenes Darshan makes you cry with his acting. That is the power of his abilities as an actor.

Director Prakash has given Darshan an image that is very very different from the usual films Darshan is seen in. Tarak will rank among one of the most surprisngly different films of Darshan in his career.

The film is about Tarak a NRI who lives in Europe. His grandfather lives in Bengaluru. Tarak who is named after his grandfather avoids meeting him for 22 years. In Europe a girl falls madly in love with him. Tarak finally falls for her love. The girl however changes track and wants to cut the relationship. She imposes a condition that he should live away from her for 60 days. Tarak has no option but to go to Bengaluru. He has to confront the past there and try to adjust to a joint family. Does he succeed? Why does the girl send him away? Tarak meets a new girl in Bengaluru and a complicated relationship begins. How does he manage to survive everything forms the family drama.

Darshan has given a commendable performance. Devaraj gets a superb role and he manages to fulfill that dream character as an old man to perfection. He is brilliant. Shanvi Srivatsa and Sruthi Hariharan play the love interests of Darshan in the film. They have contrasting characters to play. Shanvi shines in her character that goes from innocent to mature. Sruthi's character carries the weight of emotions on it.

The cinematography captures the beauty of Europe and the classy indoors. The dialogues and screenplay are good. Music by Arjun Janya captures the mood correctly. Tarak is a film for the family that you cannot miss.