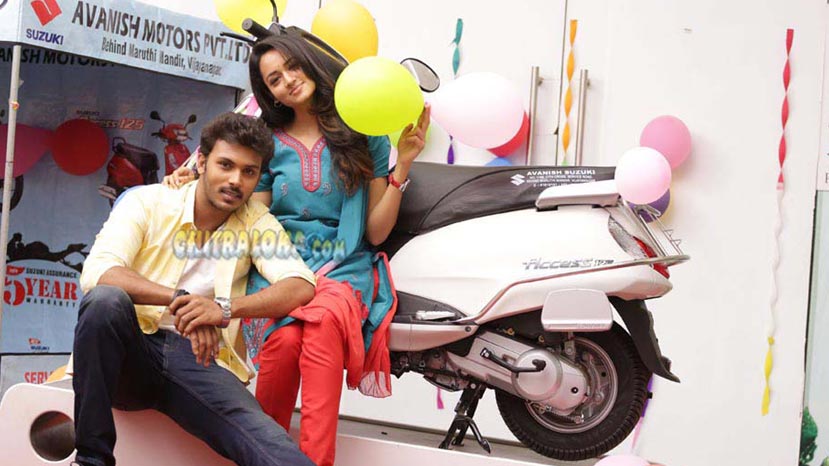 Manoranjan Ravichandran is the new star in Sandalwood. The film Saheba is the perfect launch vehicle for a newcomer we have seen in many years. The film is a very good love story that brings to life various characters in the best way possible. Manoranjan has proved to be a good successor for his father's romantic legacy in Sandalwood. He can dance, he can fight, he can act and he shows he has what it takes to be a long term player in the film industry.

Manorajan plays Manu a book store owner and a person who likes to travel and be in the wild. He sees a girl and her mother struggle for good luck and decides to help the girl. He helps her in every way possible without her knowing it. But when she rises up in stature she does not know who Manu is. This happens due to unavoidable circumstances. Just then Manu realises that he loves the girl.

The rest of the film is about how the two face off each other with the girl not realising who Manu is or how important he is to her life. How fate decides their future forms the rest of the story. Manu has made a good debut and director Bharath makes sure he presents the actor in a way that will please the audience. Though there is no heroism on display, he gives importance to the storyline and maintains a good narration from the beginning to the end.

The film has excellent music by Harikrishna and good photography work. Overall it is a film with very good production values. It has everything audience expect in a good entertainment film. Apart from Manoranjan, Lakshmi, Pramila Joshai, Bullet Prakash and Chidananda have done good roles in the film.

Bharat has written the story, screenplay and also dialogues apart from directing the film. He makes a very good comeback after so many years.