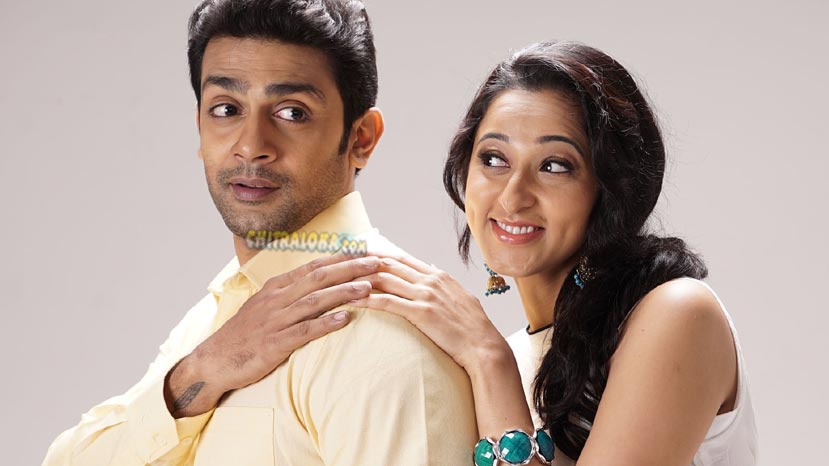 There are two murders in the film Kaafi Thota. One is shown in the very first scene. The second one much later. It is the investigation and the court trial of the second murder on which the story is built in an entertaining and thrilling manner by director TN Seetharam who returns to the big screen after nearly 10 years. TNS has not made a thriller film before. Mathadana and Meera Madhava Raghava were different genres of films. Kaafi Thota is something else. It is a commercial entertainer in all its essence.

The heroine lives in a large estate. She is the owner and apart from her there are three close relatives of her staying there along with the homestay guests who come and go. A traveller falls in love with her but she is in dual minds as she had a past lover. What other secrets does she hold? In a strange turn of events a police officer arrives in the area and says there is threat to her life. The suspense begins then.

From suspense the film then turns to a courts where the mystery has to be unraveled. Just when you thought that justice has been done comes the amazing surprise. The film then goes on to another level where what you believed till then changes. Truth after all has more than a single meaning and single layer. TNS manages to give the film an appeal that is engaging and entertaining.

The film has some excellent acting by the lead actors including Raghu Mukherjee, Radhika Chetan and Rahul Madhav. There are some good songs that however does not intrude in the suspense narrative. Ashok Cashyap has come up with some amazing photography of some scenic locations. Kaafi Thota is eye pleasing in his hands.

Watch Kaafi Thota for the thrills and legal intrigue and the suspense that is held till the end. TNS also has a role in the film in the familiar role of a senior advocate. Kaafi Thota is an entertainer for all age groups.