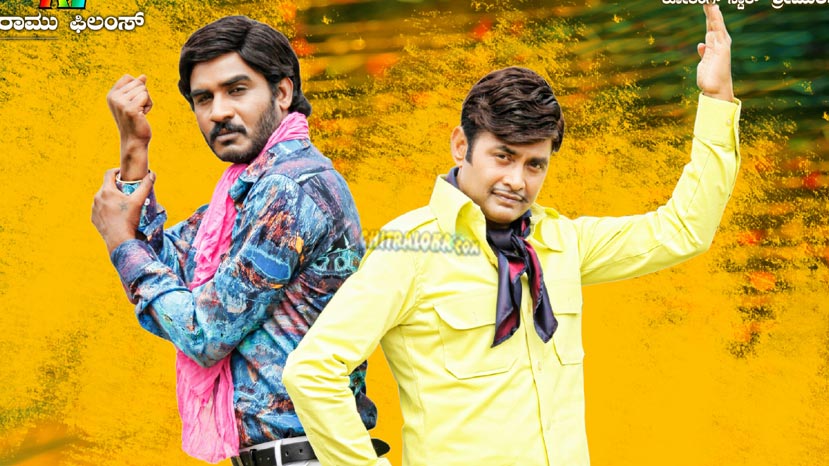 Raj Vishnu starring Sharan, Chikkanna and a host of comedy stars of Sandlwood is a film for the entire family. The film has laughs every minute and every scene. It is not an unusual film but a good comedy entertainer all along. All the events in the film are made for comedy and you will get to laugh even in the action scenes. That is the way the film has been conceived.

The film is about a young man strangely named Raj Vishnu on two of the late popular actors of Kannada. It is because his father is a Vishnuvardhan and his future father-in-law is a fan of Rajkumar. His father and his friend part ways and when Raj Vishnu grows up he has to woo his childhood girl all over again. But without good education, he does not have a good chance.

His grandfather comes to his rescue and decides to fund his business but that requires bringing together the family members who are spread across the world. Meantime there is a local bad man who wants to take over the property of the grandfather. How Raj Vishnu saves the family property and wins the girl forms the rest of the story.

Sharan has given a superb performance. Chikkanna as Shankar Nag follows him like a shadow. The comedy between them and in trio with Sadhu Kokila in four roles is a laugh riot. Other actors who add comedy to the film include Suchendra Prasad, Srinivas Murthy and others. Newcomer Vaibhavi Shandilya makes an impressive debut and is a treat to watch.

There is some good music by Arjun Janya and technically the film is excellent with good cinematography, background sound and editing. Go watch Raj Vishnu for excellent comedy and wholesome entertaining fun. It is a film for the whole family without any vulgur meaning dialogues or jokes. It is decent and clicks for everyone. Sharan has one more success to his name as also director Madesh.