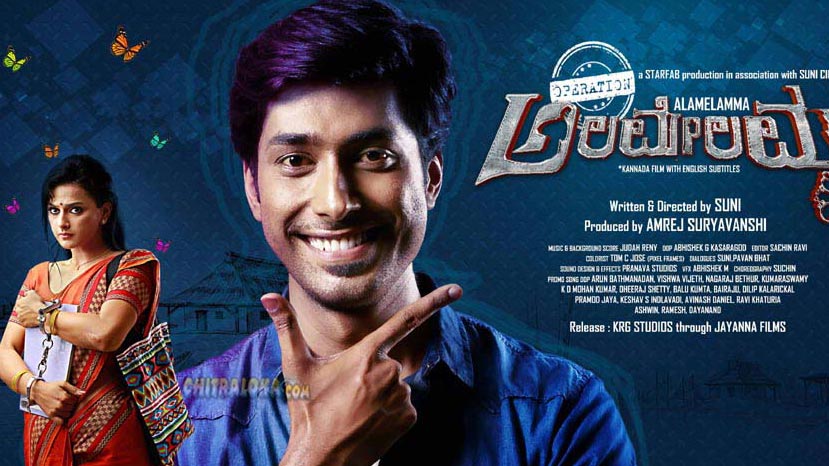 It is not easy to make a film that has both comedy and suspense. But that is exactly what director Suni has manged to create. Operation Alamelamma is one of those rare films which combines to various genre and brings out the best in both. This could have been purely a comedy love story or a kidnap thriller. But Suni manages to do a two in one film with success.

The film is about an orphan Purmy who makes a living working at a vegetable Mandi. He is caught by the police while checking a bag. It turns out that the bag has Rs 25 lakh which has to be paid to a kidnapper. Purmy is caught in a serious situation and has to prove his innocence. In the flashback we see how Purmy falls in love with a school teacher Ananya.

There is suspense in both the narratives. The kidnap drama suspense is maintained by the love story suspense. Both these tracks merge into one story towards the climax. How it is interestingly done can be watched on the screen. There is some excellent acting by Rishi, Shradda Srinath and Rajesh Nataranga. There is subtle comedy in the narrative that is induced by the situations as well as the dialogues.

Among the technicians the photography by new cinematographer Abhishek Kasargod impresses. There is good music and the songs are a delight. The BGM fits the story perfectly and there is not a frame out of place in editing.

Suni has managed to create an interesting film that gives the audience a sense of fulfilment. It is one of the better films of 2017 and an important addition to the new kind of films that is coming out of Sandalwood.