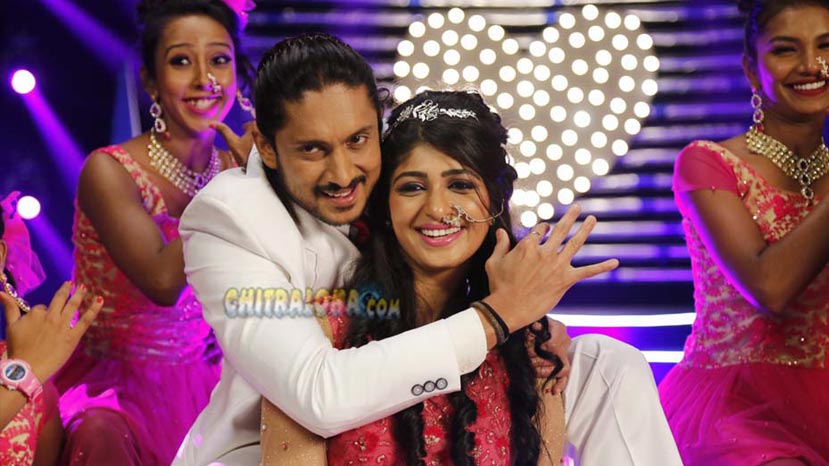 Director Shiva Tejas who had erlier directed Maley with Prem Kumar is back with an action thriller this time. The film starring Ajai Rao with Ravishankar playing the antagonist is one of the best action thrillers in recent times. It is not a regular action film with fights and bloodshed. The action is more a mind game between the hero and villain. The thrills are in the suspense and what next screenplay that he has written. Dhairyam gives Ajai Rao a new kind of role from the usual love stories he does. In total it is a film for the masses as well as class.

There are three-four different shades to the story. In the first instance it is a family story about a poor family which is hoping that the son become an engineer and start earning money. At the same time the son has fallen in love with a neighbourhood girl but once again it is the class distinction that crops up. He has to make money to marry her. What are the ways the hero Ajai Krishna adopts to solve his problems? Can he remain a good person? Will he fall in to bad ways to earn money?

At this juncture the film takes a curious turn. There is a murder and Ajai Krishna seems to have done it for money. There are also serious players involved; a politician, a police officer and others who have some secret to hide. Ajai gets caught in all thse and it becomes a run for his life. How he manages to solve all these problems forms the rest of the story.

Newcomer Adithi is a welcome addition to Sandalwood. The actress is a natural talent and give a very good performance. Ajai Rao makes the best of his makeover. He gets to play a college student, a family person, a lover boy and an action hero. In all these various character shades he manages to be give convincing performances.

There are good songs and lyrics in the film which add to the narrative. The cinematography and editing also fit the bill. There are decent acting from all the supporting cast that includes Jai Jagadish, Honnavalli Krishna and Sadhu Kokila. Overall Dhairyam is an entertaining fare that satisfies all emotions. It is kind of a complete thali meals. Go for it.