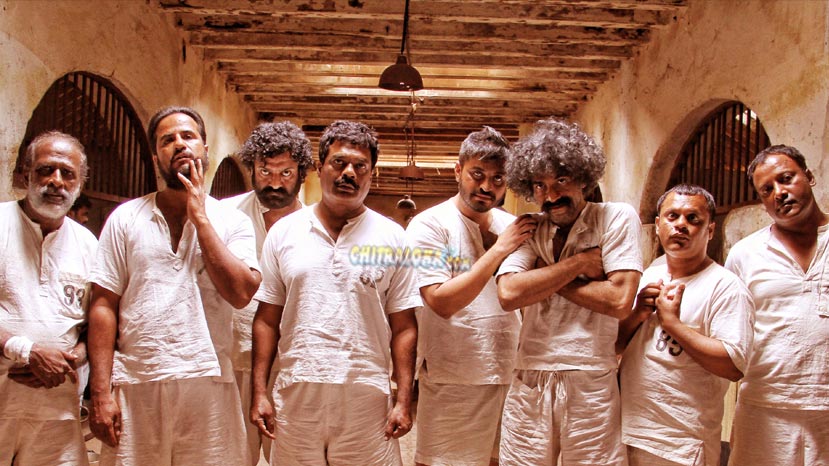 Srinivasa Raju is back with a sequel to his film Dandupalya. But due to an ongoing court case, the film cannot use the word Dandupalya in it. The names have been changed in the film but with all the same actors from the film working in this too with the same character names and same styles, there is no doubt for audience.

While the first film was about how the police cracked the serial murder cases in Bengaluru and trapped the gang of hardened criminals, this film gives a completely different perspective to the entire sequence of events. The film starts with the court giving a verdict of death sentence to the gang members. They are thrown into prison. A journalist begins to investigate into the reality behind the gang with the conviction that they are innocent.

The journalist's investigation reveals a completely different story. The police are faced with a headache as there are several robbery and murders in the city. They need to find the culprits but are unable to. So they find these innocent people for whom there is nobody to support. The film is about how they are framed. But the ending leaves you surprised. At the end of the film part 3 of the film is announced that will be released in August this year.

The film has some good performances by Pooja Gandhi, Ravishankar, Sanjjanna and others. The film has some shocking scenes and also some surprisingly bold dialogues. The film is therefore given an A certificate. The film will shock some people because it gives a completely different perspective to what we know about the gang.

The background score in the film is good. The photography is top class with some unusual shots and frames. Closeup shots are very good. It is technically a very good film because of the good technicians behind the screen.