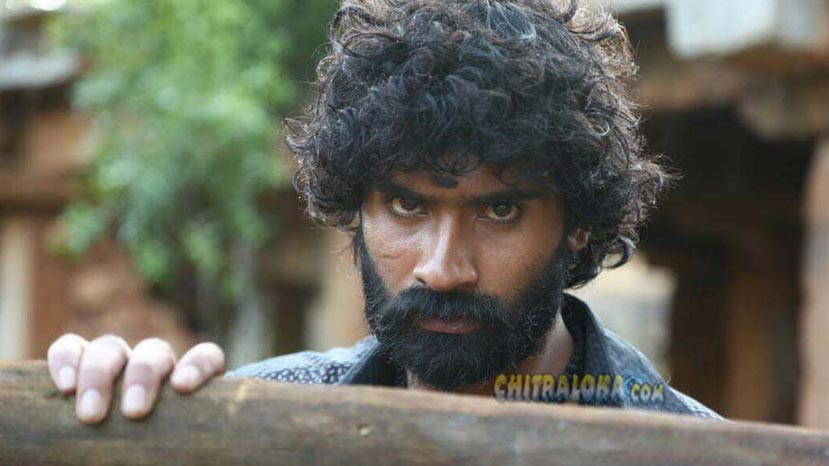 Yogish returns with an action adventure film that is based on the real life incidents that happened in Kolar and surrounding areas for decades some years ago. It is loosely based on the life and activities of the dreaded rowdy Thangam. Thangam was known as a mini-Veerappan for his activities.

The gang of Yogi and his brothers take to crime at a very young age. The support comes unexpectedly from his mother. Life in Kolar is hard. It has long ceased to be the land of gold and most people find it difficult to make a living. It is no surprise that for many youngsters crime is the only remaining option.

Despite his various acts of violence, the hero is liked by the people because he is working for them and is one of them. The police have a hard time reigning him in. Kolara is a bloody tale of violence, revenge and oneupmanship.

It is not an easy role to essay. Almost all rowdyism films in Kannada is based in Bengaluru. For a change, the action shifts basically to Kolara as expected in this film. This gives a new backdrop and visuals to the film. Yogi comes up with an excellent performance and dons a very different look from all his previous films. He manages to do the role convincingly. There is some good support by the other actors as well.

There is not much negative about the film except for the excessive violence. It is expected in an action film about rowdyism. The second is the length. To give equal importance to all incidents and characters, the film is a bit long. The first half of the film is longer than usual. The film including the interval and advertisements is nearly three hours long.

Kolara is an interesting film that brings to life some unknown incidents and stories about the life of rowdies in Kolara ten years ago. The director has managed to give a good paced narration to the story. Yogi has got a film to show off.