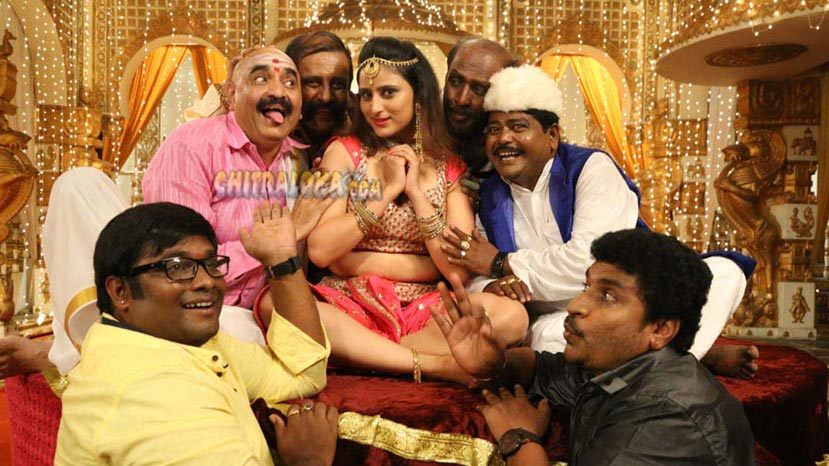 It is not easy to make a comedy film on a serious subject. But producer Ashwini Ramprasad and director Ravindra have managed to do just that. Using a satirical story about corruption and how a farmer manages to bring about a change to the situation with an unique solution. The solution and the plot itself are special. This story has been turned into a film for the first time and Sarkari Kelasa Devara Kelasa turns out to be a good satire comedy.

Ravi Gowda (Ravishankar) is a farmer who does not want to give bribe to get job done. This gets him into trouble. His mother has paid a large sum of money to get him a government job but is cheated. She is even beaten up by the government officer who has taken the bribe. Ravi realises that it is not just one person on whom he should take revenge. If he has to take revenge it has to be on the entire system.

He however takes up the job of his late father and decides to dig a well and sell the water in his agricultural land. However he has to give bribes for this too. He decides to give the bribe so that he can get away from government officials for ever. But something else is brewing. At the interval comes the strange twist. This is surprising and witty. How Ravi manages to get his revenge on the corrupt government officials forms the rest of the story.

Ravishankar and Samyukta Hornad give a good performance. There are a large number of side actors in the film. Ashish Vidyarthi gets to sing a song for the first time in his Kannada career. Sihi Kahi Chandru, Rangayana Raghu, Raju Talikote are among the other prominent actors. Even for small roles, big actors have been taken like Suchendra Prasad and Mukyamantri Chandru.

There are a few good songs including the popular belulli song. There is some good photography and crisp editing. The film is only two hours long but the editor has packed all the necessary details in this short period. It is a welcome film that should join the list of new wave films in Kannada. It is both entertaining and hard hitting.