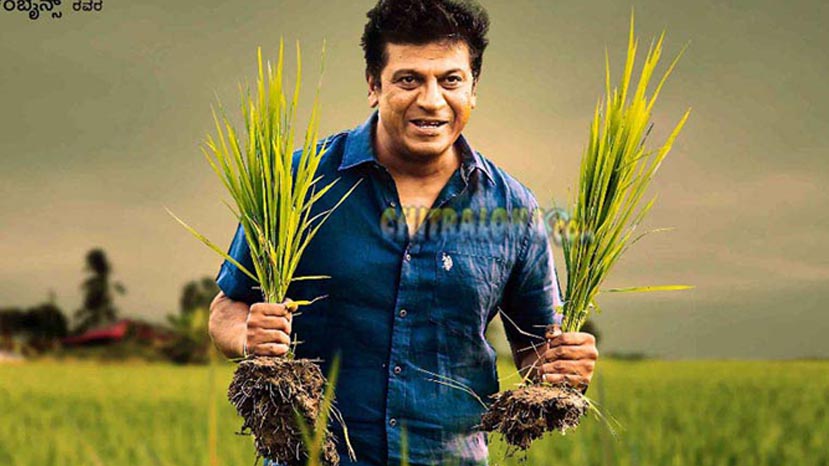 Bangara S/o Bangarada Manushya is a real treat for the fans of both Rajkumar and Shivarajkumar. The film reminds of Bangarada Manushya and a tribute to Rajkumar. It has all the elements that fans and audience look for in a film. It has a great story, good acting, excellent music and dance. The story is also fast paced and along with entertainment gives a beautiful message. It mainly talks about the problems of farmers and tries to find solution for them.

The film starts in Milan, Italy. Shivarajkumar plays a businessman who with the help of his elderly caretaker played by Srinivasmurthy run it successfully. Shiva the hero is however very practical when it comes to life. He does not like to think about tomorrow as he believes it is unpredictable. A girl who joins his company tries to get him to love him. When it seems the two will get together, there is a sudden change of story line.

Shiva learns about his father, Bangarada Manushya, who gave many people land and made them farmers. He goes back to the village where his father lived. He finds that his father's photo is found in every home. He has a very big problem to solve. All the farmers are facing serious problems. He realizes that it is not the problem of only one village but the entire state and country. He decides to take on the problem and solve it for everyone. But he has only three months to do it.

How can the problems of all farmers be solved in just three months? For that you have to watch the film. The film gives a profound message to the audience. In the end there is another twist in the film in which you can relate to a personal experience of Shivarajkumar.

The film has superb photography of some wonderful locations. It also has some good music and choreography. There are some well choreographed fight sequences as well. Overall it is a complete package and wholesome film that reminds of Rajkumar's films. It is a fitting tribute by Rajkumar's son to his father.