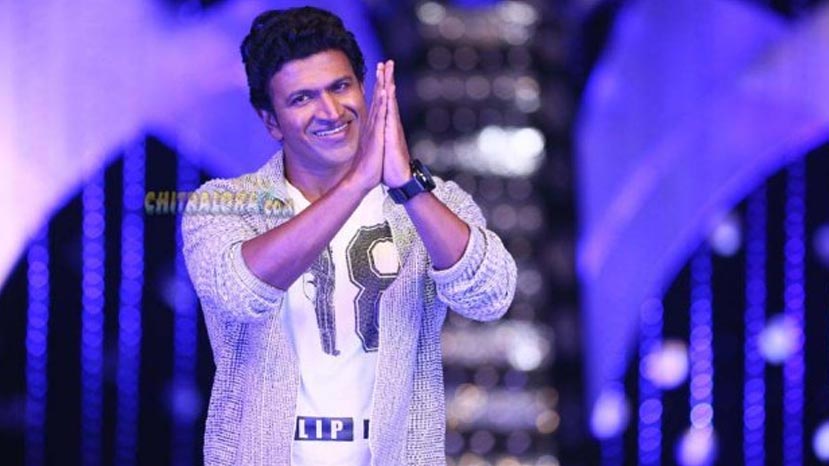 Raajakumar is one of the best film upholding family values made in Kannada. Director Santhosh Anandram has delivered a classic no less. The film has a unique concept and full of values. It will make you laugh, make you cry and at the end of it make one respect their families and friends even more. It is a film that has human values at its core. It tells that love for family comes above everything else.

The film starts with a romantic story in Australia. Siddarth/Appu (Puneeth) and a a charming girl played by Priya Anand fall in love. When it seems that there is nothing stopping them, it is their families that come inbetween them. But it is only a nice ploy to the plot by the director. From there on the film takes on a more serious note and creates so many situations about family values.

Puneeth is at the top of his game. As a darling of the family, as a lover boy and as a inspiring character for so many people, he plays the role with dignity and charm. This will count among his best performance ever. His screen presence is awesome and Santhosh has made the best use of it. The film is a perfect canvas for Puneeth to show his powerful abilities, be it acting, fighting or the wonderful dancing. Priya Anand who plays the love interest is perfect for the role. She has the best combination of charm and vulnerability.

There are so many top actors in the film that each character has the best possible actor. Even if it is a two-minute role, a top actor is cast. This gives the film a grandeur hardly seen in most films. All the characters are given their due and fit perfectly to the screenplay. Each one is important and adds to the importance of the story. Special mention should be made of Dattanna, Anant Nag, Prakash Raj, Achyuth, Avinash and Rangayana Raghu. Most of the top comedy stars of Kannada are also in the film including Sadhu Kokila, Rangayana Raghu and Chikkanna. Rangayana Raghu gets a hilarious yet subtle role.

At the end of the film it gives audience satisfaction of having watched a meaningful film full of entertainment. The film is bound to please both fans of Puneeth and the masses who love good films. Raajakumar is a real darling.