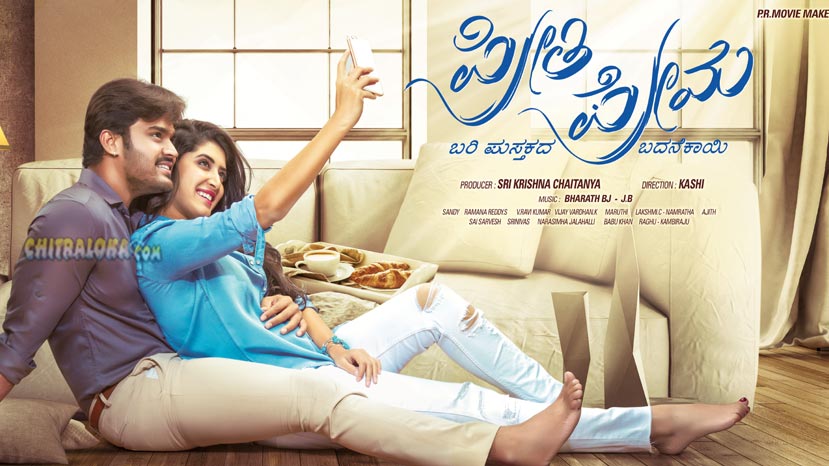 This week's release 'Preethi Prema' is a story of the present young generation. It portrays the relationship of a boy and girl and what all happens when they falls in a relationship. The film tells the various events which happens between two people.

The film tells the story of a youth called Prem (Krishna Chaitanya) who is madly in love with a girl. However, the girl deceives Prem and leaves him heartbrokem. Meanwhile, there is another girl called Preethi who also is very much upset with love and has decided to stay away from boys. What happens when such a boy and girl meets forms the rest of the film.

The film has a lot of newcomers and that is the highlight of the film. Everybody right from hero Krishna Chaitanya to other artistes and technicians have worked very hard to make the film watchable. Though the film is a remake of Telugu film, the film is made according to the nativity here. Director Kashi has adopted the screenplay in a good manner and is successful in holding the audience attention.

The plus point of the film is however, the songs by Bharath BJ and JB. Both the music directors have given couple of hummable songs and the song picturisation is also good. Among the artistesl, Krishna Chaitanya has performed well in his debut movie itself. He is very good in action and dance sequences. Nidhi Kushalappa has a long way to go.Other articstes including Yamuna Srindhi, Giri, Tennis Krishna and others have done a neat job.