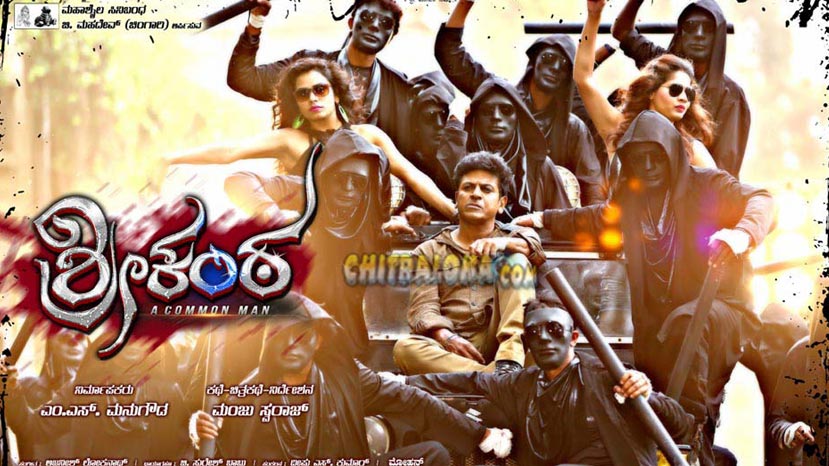 Srikanta is a very good movie experience. Though it is a regular commercial film Director Manju Swaraj has given it a deeper meaning and chronicles it like a biography of a common man. The common man is played by Shivanna in a graceful performance.

The film is about a common man from the slums whose job is to do the bidding of local politicians. He does everything for a price as it is his livelihood. His personal life goes a dramatic turn with a girl falling in love with him. But he is such a hot headed person that family life does not suit him. Meanwhile rivalry is building up in local politics and the common man is used as a pawn. Does he manage to set his personal life and the challenges posed by bigger elements is the rest of the story.

Shivanna's performance is brilliant. The no-nonsense character he portrays is done perfectly. Vijaya Raghavendra's character is the complete opposite and the interaction between the two is impressive. Chandani made a good impact and this is her first Kannada film. We may see more of her in Kannada films after this performance.

The film is aided by wonderful performances and good team effort. The photography is done in an interesting manner which gives meaning to what is on the screen. The music is apt and complements the story. This is a film that fans of Shivanna will lap up. It is an unusual film that opens up a new way of narrating a commercial film.