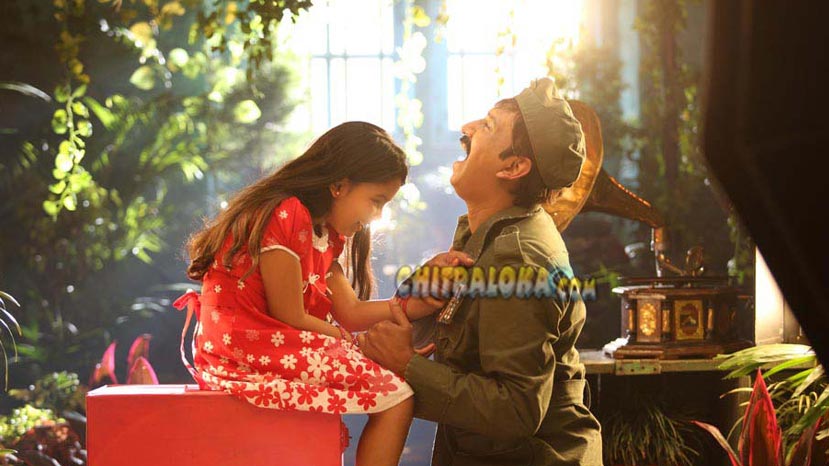 Ramesh Aravind's 100th film is here and it a perfect film to bring out all his acting talent and abilities. It has a heartrending film about the relationship between a mentally challenged father and his six year old daughter. For every child his or her father is the first hero. That is the crux of the film. The film is inspired by the film Miracle in Cell No 7.

Much of the film is set inside a jail. The hero is wrongly framed in a murder case and sentenced. There he is locked up with hardened criminals. They first beat him up but later realise his childlike innocence. They decide to help him. They smuggle his daughter and bring her to his cell. But the adventure starts after that. How the daughter and criminal friends redeem his life forms rest of the story. The second half is especially heartrending and brings tears to anyone's eyes.

The director gives ample scope for all the actors to give their best. Ramesh Aravind is simply the best and he gets into the skin of the character. Baby Yuvina Parthavi, who plays his daughter is a real talent. Rachita Ram in a deglamourous role brings substance to her character. The film will rank among the best of Ramesh Aravind.

Pushpaka Vimana has beautiful photography. Wide angle shots and top angle shots are spectacular. The music is pleasing and gives the film a boost up. The BGM blends into the mood of the film.

It was a tough subject to handle but the team deserved a pat for doing this kind of film which is not made everyday.