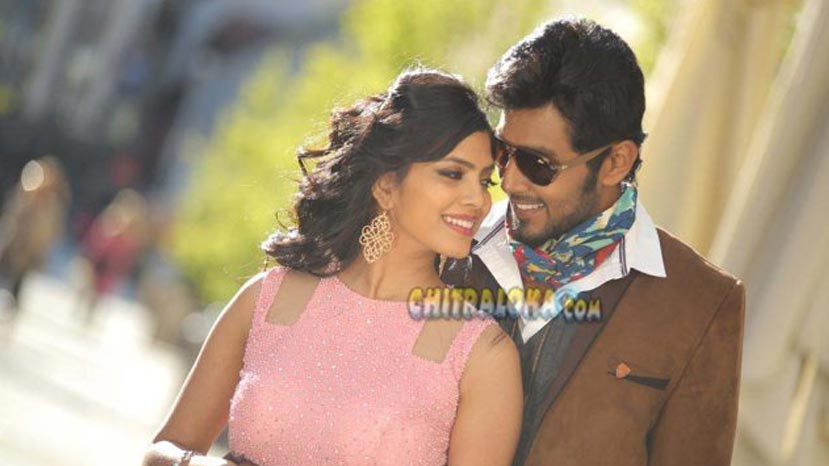 Newcomer Prithvi, the grandson of the great music composer GK Venkatesh has made a stunning debut with Naanu Mattu Varalakshmi. The film directed by Preetham Gubbi is a perfect launch vehicle for any new actor. Prithvi has grabbed it with both hands and made the most of it. The film is a love story basically but also an action thriller with motocross being the background of a film in India for the first time. It is also a family drama that uses the talents of senior actors Prakash Rai and Madhubala. Malayalam actress Malavika who makes her debut in the film has also done a good job. With nice songs, beautiful shooting locations, good acting and stunts, Naanu Mattu Varalakshmi is a perfect entertainer.

The film is about Munna, a youngster who always escapes from exams. Both his parents know about this but their love for him and freedom they give him to live his dream is told in a family setting that is delicately handled. Munna's love is for racing. He loses a race to help the girl he loves get her brother back. From there starts his biggest journey to help his girlfriend get back her family united. There are many challenges on the way and how Munna faces them and manages to achieve his goal forms the rest of the story.

Harikrishna's music is a big strength to the film apart from Preetha Jayaraman's photography. Not surprisingly, Prithvi is already being referred to as 'Bro Prithvi' due to the popularity of one of the songs. The song written by Yograj Bhat with Harikrishna's music and voice has become a sensation. All the songs in the film are very well picturised.

The acting by Prithvi is appreciable and he can make it big in Sandalwood if he chooses good films further. The other actors like Prakash Rai, Madhubala, Sadhu Kokila, Achyuhta and others give a good supporting role in the film. Malavika is also lively and makes a good pairing with Prithvi.