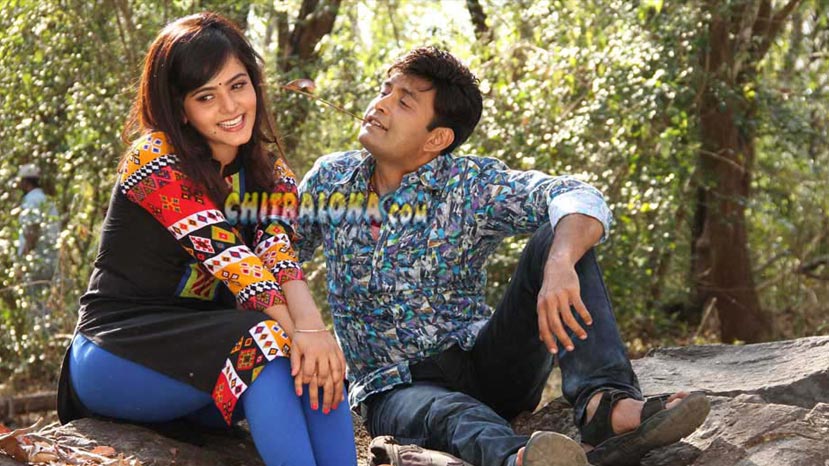 Nataraja Service is a comedy that will have the audience in splits every minute. Director Pavan Wadeyar made his debut in a comedy film (Govindaya Namaha) so he is not new to this. Sharan has emerged as the most bankable comedy star in Sandalwood in the last few years. So the combination was something that the audience were eagerly waiting. And it is not disappointing.

Sharan plays a petty thief in the film. He steals anything and everything. He does not mind going to jail as he feels it is the best place to live in. All he wants to do is settle down permanently in jail. His opportunity comes as he is accused of stealing Rs 1 crore. But his idea is not so easily fulfilled. Even trying to become a big criminal is not easy.

In the meanwhile Nataraja has to take care of the heroine Mayuri. She is an unlucky person in the story. She has an iron leg so to say and whoever befriends her falls on bad luck. How the hero manages to save her and make a happy life for himself and her forms the rest of the story.

Sharan is in peak form. He can make a stone laugh. Mayuri is the perfect foil for him. Among the other actors Ravishankar and Rockline Venkatesh shine. One of the heroes of the film is music composer Anoop Seelin. He has scored some melodious tunes.

Like all of Sharan's films as hero, even this film's mainstay is the comedy. Nataraja Service is an entertaining film that also has a message. Even a robber can become a good man. For how this happens, you have to watch the film. It will make for a good watch during weekends.