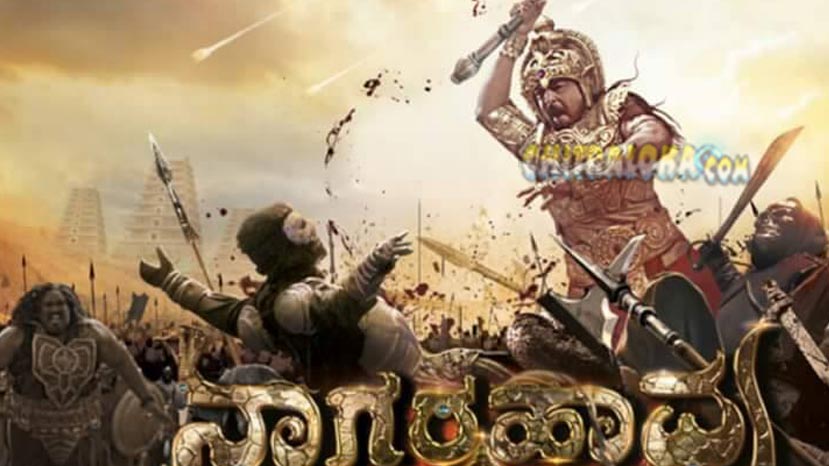 Nagarahavu is Vishnuvardhan's 201st film. This is the first time a late actor has been recreated digitally to star in a film. So this is probably the first of its kind film. Though Vishnuvardhan appears for 10-15 minutes in the film, during the climax, it is worthwhile for his fans. There is also a special song dedicated to him in which Darshan makes an appearance. Not only does Vishnuvardhan take part in a mind-blowing battle episode, but is also shown dancing and mouthing dialogues. If anything, you can watch the film just for Vishnuvardhan.

The rest of the film is also an interesting story. It is about a mysterious kalasha (divine vessle) in which all gods keep their powers during some special solar eclipse. For ages, dark forces are trying to take possession of it. But they are stopped by a divine serpant. In the present day, Diganth is an aspiring rock star. The kalasa is excavated by archeologists and it becomes the trophy in a music competition. Several people are out to get it. But how does the divine snake (in the form of Ramya) prevents their plans forms the story. In the end, she gets help from the Lord Shiva himself who sends his serpent necklace to the rescue.

Apart from the graphics used for Vishnuvardhan there are also other graphical works in the film. Saikumar appears in a small but important role and the fight scene with dozens of stuntmen is superbly done. The songs are also lavishly mounted.

The film is beautifully shot by Venu and the director gives the film an awesome look. The present day scenes are colourful while the flashback historical scenes are grand. All the actors including Diganth and Ramya have done a decent job. Saikumar, Ramesh Bhat, Sadhu Kokila, Mukul Dev and others are in the supporting cast. Rajesh Vivek, who died earlier this year, has appeared in an important role as an Aghori Tantrik.

Music by Gurukiran is apt for the film. He mangaes to get haunting melodies for the film. The film is under two and a half hours long and there is no hint of any lag. The film moves fast and quick and makes for an engrossing watch. The richness of the budget shows in every scene.