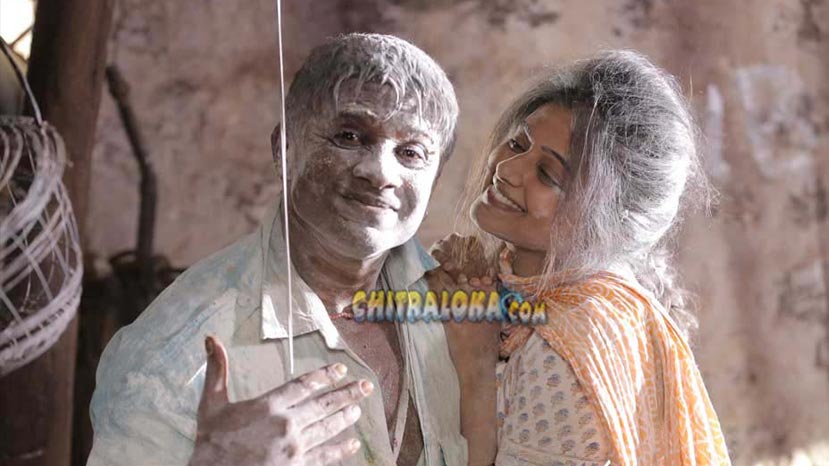 Yograj Bhat and Duniya Vijay team up and what we get is Dana Kaayonu. It is not a regular Yograj Bhat film and it is also not a regular Duniya Vijay film. But the outcome is fantastic. The story has many twists and turns and the characters of people change with each different twist. The change in behaviour is shocking but in a film it makes for a great watch.

Duniya Vijay plays a cattle herder and Priyamani a police aspirant. Both are from poor families that live in a village. The village headman is constantly trying to kick out Vijay and his family from the village. But they somehow manage to resist it. Soon a strange situation develops. A representative of a foreign company comes to the village and finds out that there is a single rare breed of cattle. It belongs to Vijay. Suddenly everyone in the village is after the bull. The bull has its own love story going on and what you get is an interesting mix of emotional upheavals, dramatic events and a surprising twists. The film probes the question whether it is humans who are good or the animals.

Duniya Vijay, Priyamani, Suchendra Prasad, Rangayana Raghu, Biradara and others give excellent performances. Biradara will win rave applause for his role. He looks and acts every bit a real character.

The songs in the film are top class. Harikrishna gives foot tapping tunes and Yograj Bhat has penned some memorable lines in the lyrics. Deepu S Kumar's editing gives the film a fast narrative and Sugnan's photography is breathtaking. The scenes involving the cattle is shot brilliantly.

Dana Kayonu is a good film for fans of both Bhat and Vijay. The regular film audience will get to see something really "different". This is not a regular film but at the same time it is entertaining and gives some food for thought.Chitraloka Rating - 3.5/5