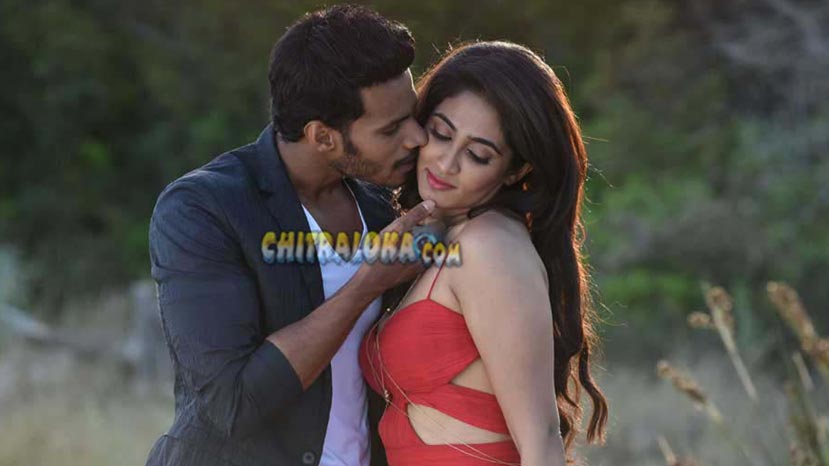 Nikhil Kumar has made a sensational debut in a good film. Jaguar is a great launch vehicle for any newcomer. Nikhil, the son of former Chief Minister HD Kumaraswamy and grandson of former Primer Minister HD Deve Gowda is the latest son of a politician to join Sandalwood. He has made good preparation for acting, dancing and action.

He has grabbed the opportunity with both hands and come out in flying colours. Jaguar will stand among the best debut films for any actor. It is also the debut of director Mahadev and he does not disappoint. He manages to present an enjoyable action-sentiment film that pleases both the mass and class audience.

Nikhil plays a medical student who also dresses up as a masked crusader and is killing some corrupt people. But what is his agenda is not known till the climax. In the college, Nikhil is very unlike anyone. He seems to be self-centered and even in his romance seems to be thinking about himself. But his real self is hidden. It is opened up in each scene as a CBI officer investigates the murders. Nikhil also becomes a suspect but he manages to achieve his goals.

Nikhil has made a great start to his film career. His acting is good but his dancing and action is even better. In the romantic scenes with Deepti Sati, he makes it convincing. There is brilliant chase sequence in the film which is world class. The music by SS Thaman is fast and furious and foot tapping. The film exposes the TRP ratings driven news channels and also the medical scam of big hospitals. Nikhil Kumar is an actor for the long run and is sure to make a mark in Sandalwood.