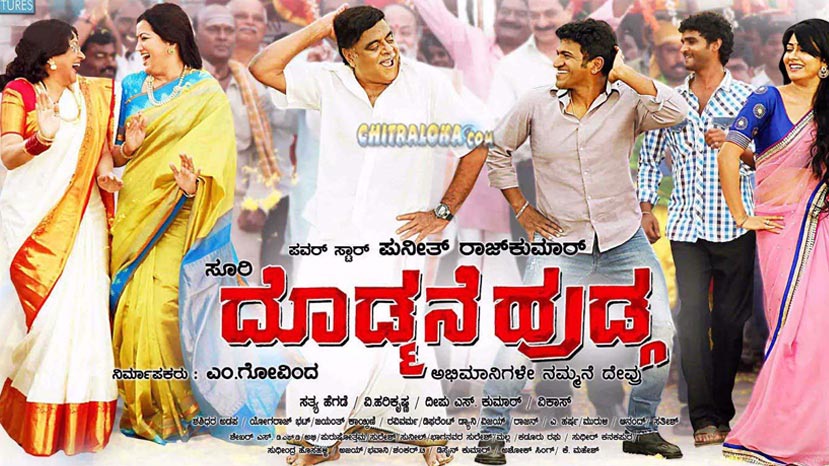 The most expected film of Puneeth Rajkumar is here and there is no doubt that fans will go crazy. The combination of director Suri is the biggest advantage for the film and he know what fans ask for. If there is a film made only keeping in mind fans in mind, this is it. Suri excels in giving Puneeth to his fans in all glory.

There is so much to the film that it will not be a one-time-experience. Fans will definitely watch it again and again as Dodmane Hudga offers much more than a single film can.

The film starts with Surya (Puneeth) as a biryani maker in Hubballi. Srinivas Murthy is his father. Puneeth speaks Hubballi Kannada. There he meets the heroine who acts as if she is a poor girl. They fall in love and slowly the reality is opened. Both of them are not really what they are shown to be. Usha/Nisha (Radhika Pandit) has a father who is in evil company. Surya's real parents are in far-away Mandya and they now require his help.

Puneeth and Radhika Pandit are seen in specially imagined scenes. There is something new in every scene. The film has a fast narrative and every second has a thrilling element. This is one of the most entertaining films of the year and Puneeth and Suri have one more hit to their credit for sure.