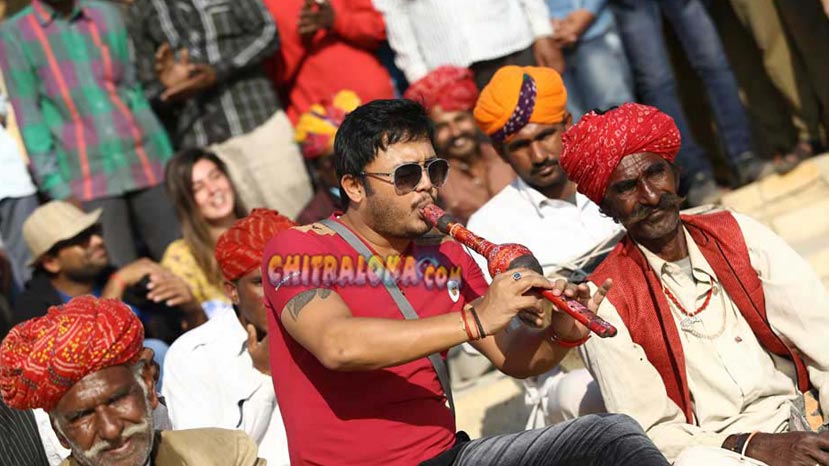 Mungaru Male is back and just like the monsoon season it brings in a fresh breath of air and joviality for the film audience. Mungaru Male 2 is bigger and grander than the original. There is no connection between the two films and this one is not a sequel. It is a different story altogether with different set of cast. Only the character of Ganesh is named as Preetham and that of the new heroine Neha Shetty as Nandini. The rest of the cast has new characters to play.

If the cinematography of the first film was grand for its time, this one is bigger than the best we have seen in Kannada. The glorious views of Karnataka and Slovenia are captured beautifully by Shekar Chandru. The music builds up and enchants you as the film progresses. Shashank manages to give the narration a tight grip and with a story that takes many twists and turn the film is something that both youngsters in love and family audience can watch.

The story starts with Preetham who is seeking excitement in life. But nothing excites him for more than a few days, including girlfriends. So he breaks up with numerous girlfriends after a few days. Finally he meets his match. A girl who reveals only her first name travels with him for six days in Rajasthan and disappears. Three months later, Preetham realises that he is truly in love for the first time. He goes in search of her. But it is not as easy as it seems. Complications develop. Along with this there is the story of the son and father. Ravichandran is a super rich father who gets his son anything he wants. Now the biggest challenge for this father is to get him the girl he loves. How the father and son manage it forms the rest of the story.

Mungaru Male 2 is a complete package. There is fun, excitement, romance, comedy, good music, great photography and an excellent narration. It is a perfect sequel to the original film.