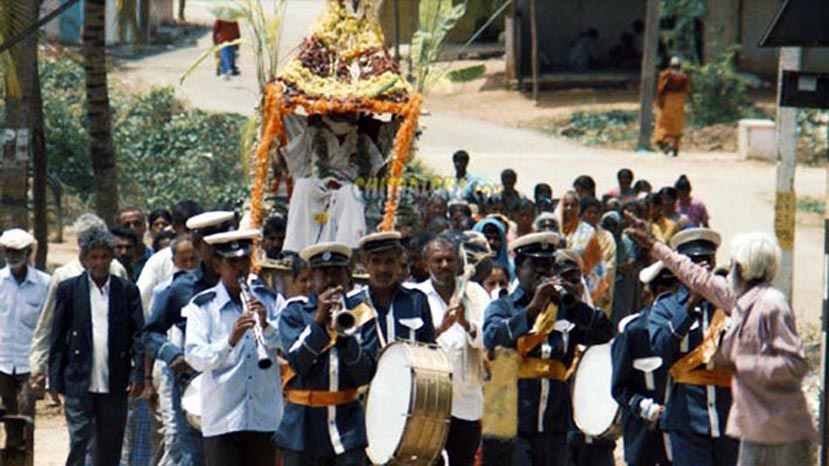 Thithi is one of the finest films to hit the Kannada silver screen in years. It is also one of the most internationally acclaimed film and continues to be invited to many film festivals across the world. It is not only to know why this Kannada film is being lapped up across the world that you need to watch the film. It is also because it is a rare gem that realistically portrays the life in a village. There are endearing characters and an unusual context for a story. The film does not try hard to show brilliance. The simplicity is its brilliance.

For those thinking it is an art film, here is the surprise; Thithi is a comedy film. It chronicles the incidents in the lives of a few main characters during the course of 11 days.

The death of the family patriarch, Century Gowda results in strange problems for his son, grandson and great grandson. His son is also an old man but is unwilling to be part of the funeral rituals. His grandson, a middle-aged man is worried about someone taking over the grandfather's property and wants it to transfer it to his name immediately. The youngest is a youth who is just happy making money stealing trees and sand. But during these 11 days he falls in love with a nomadic girl and forgets his duties. All these lead to delectable and funny situations. While as audience we laugh at the problems these people get into, it is also an insight into the simple lives in villages. There is also a profound meaning if only you wish to understand the film in a different light.

Director Raam Reddy has woven a simplistic but yet a powerful cinema. Almost all the actors are real villagers and not professional actors. But he has managed to get them to be themselves. They talk and act just like they would do in real life. That is the beauty of this film. Each of the characters behaves normally and do not 'act'. The dialogues are very down to earth and impress with their nativity.

When in the age where even commercial film makers fear showing animals in their films in fear of the Animal Welfare Board, you can watch animals normally seen in villages in almost all the scenes. Even they behave naturally! The visuals, dialogues, narrative, screenplay, acting, cinematography, editing, music combine to a perfection to make the film a wholesome experience.

Thithi is a commercial film if you watch it for the comedy. If you want to dwell deeper it is also an art film. Either way it is one of the most important films in Kannada and deserves all our support.