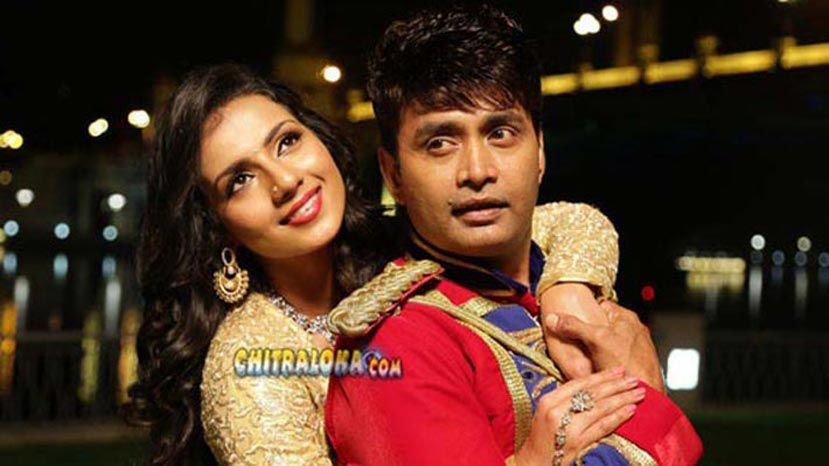 Jai Maruthi 800 is a typical Sharan film with a mix of comedy, high drama and fun. As is the case with all of his films the focus remains firmly focused on entertainment. In this case, Harsha manages to being his Lord Hanuman induced fantasy and mix it with Sharan kind of comedy. And the film works well.

Sharan is Jeevan, who goes to a remote village to fulfil the wish of his friend who has died in an accident. But plans to meet the family of his friend is not that easy. For centuries there is a blood fued between two villages and Jeevan has to unite them to achieve his goal.

He goes about the job in typical fashion. But unlike similar films, the importance is not given to action but to comedy. He gets to romance two girls. Even the villains get to do some comedy. Jeevan plans many things and needless to say is successful. But it is the journey of fun that you watch the movie for even if the story is predictable.

Sharan has done a good job in acting and so has Shruti. Shubha Poonja as a giggling village belle is also good. But the most impressive actor in the film is Arun Sagar especially in the role of a woman.

Arjun Janya has scored few melodies and two fast tracks. There is richness in the visuals and songs. Harsha has kept the film tight and interesting. There is also a surprise in the end for audience.