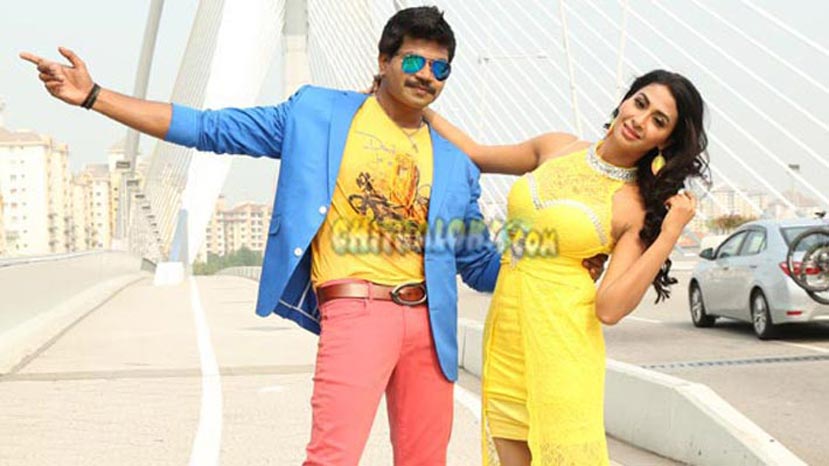 Vindo Prabhakar is back with Tyson, an action film that packs the perfect punch. The film is a good package of not only action but romance, family drama and emotions. With a strong screenplay and taut narration, the film maintains a good speed and keeps the audience hooked.

The story is about a youth who wants to follow in the footsteps of his father and become a police sub inspector. It is a perfect casting to have Vinaya Prakash as Vinod's mother as she has played wife of Prabhakar decades ago. But Vinod's chances are to be spoilt by a corrupt police officer of a higher rank.

The film has many other elements supporting the main plot. Even the romance is centred around the hero becoming a police officer. The father of the girl is phobic to police and even has a spat with the heroine's mother. But in the end the hero wins against all odds.

It is a simple enough story. But in the hands of director Ramnarayan, the story gets a good treatment and there is a great deal of entertainment. Apart from Vinod Prabhakar, Gayathri Iyer, Vinaya Prakash, Srinivas Murthy and Chikkanna have given good performances.

Tyson is a mass entertainer and Vinod's work would have made his father proud. There is also good cinematography and music which play their role decently. Watch Tyson to get entertained.