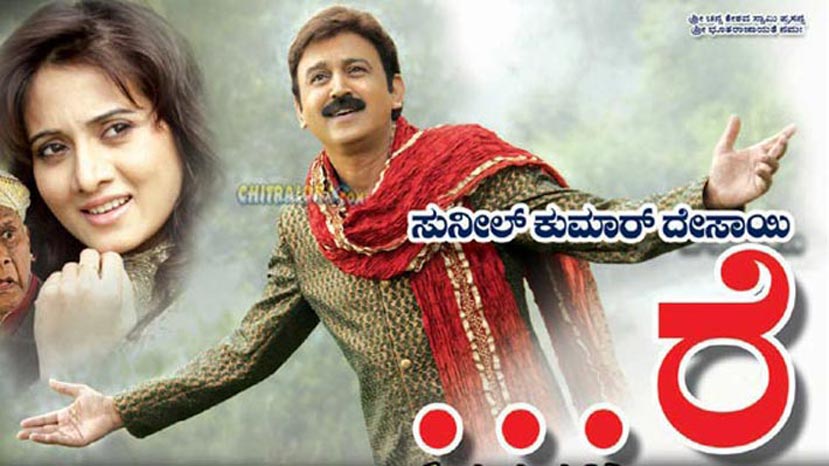 Re was one of the most anticipated films of the year. The most important thing about this film was the return of Sunil Kumar Desai to direction. It has been almost a decade. And what a comeback this is!

The film has so many layers. Basically it is a comedy. The hero is inadvertently locked up in a big house and realises there are ghosts in it. But these are not the scary variety of ghosts. They are in fact his grandfather, great grandfather and forefathers going back 200 years. A forefather had failed to marry the girl he loved and therefore all generations are cursed to become ghosts. If the hero marries the right girl, all ancestors will be liberated. It is a fun theme. How the ghosts with their limited abilities manage to help the hero and themselves is the basic story.

There is also the love story. Real love and real friendship is defined in the two relationships the hero has. There are also subplots in the film. Other ghosts with other abilities, a villain with an evil plan and some philosophy also thrown in.

The five grandfathers are played by Anant Nag, Shivaram, Govinda Rao, Suresh Prabhu and Lokanath. Anant Nag has done a brilliant performance. Ramesh Aravind gets the perfect comedy timing. He also comes up trump in the emotional scenes. Harshika Poonacha has emerged as a good performer. The background music and cinematography are highlights of the film. Overall the film is a family entertainer you should not miss.