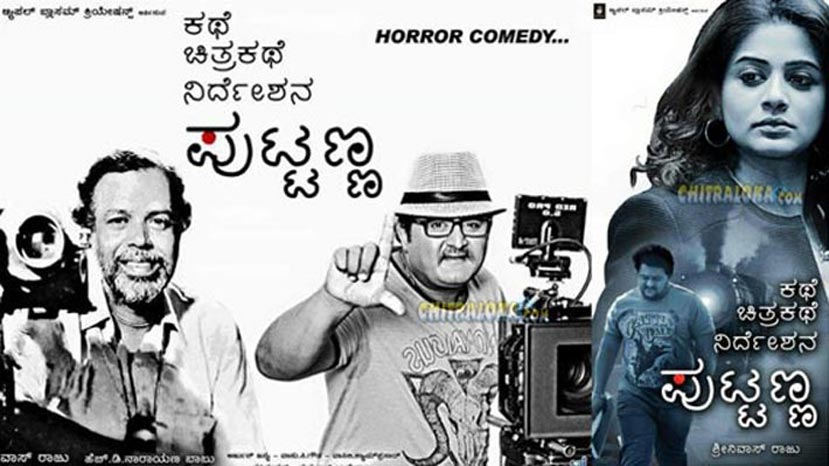 Kathe Chitrakathe Nirdeshana is a welcome break for the audience as well as Komal. The lively comedy and mild horror are perfect for the cold weather. The film is full of entertainment and nothing else matters. The year has started with a good film for Kannada audience.

The film has a simple story but has a few strange twists and turns in the plot that keeps the audience engaged. Even the horror parts are laced with comedy and keeps the audience glued to the screen. Each character stands apart in content and also combine well with the story line.

Komal arrives in Bengaluru to become a film director. But all producers he meets have their own ideas and not interested in his script. But when one producer shows interest strange things begin to happen in his life. Two ghosts start appearing in his flat and his real life becomes a film story. What is the connection between the producer and the ghosts forms the rest of the story.

Komal, Ravishankar, Kuri Pratap and Sadhu Kokila excel in their roles. Priyamani is charming and adds glamour and class to the film. But there is more to her character than just glamour. This is one of the better comedy films in recent times. The jokes are clean without double meaning. Since the film is certified UA kids cannot watch it alone. Otherwise it is a perfect family film or one that will be great to watch with friends.