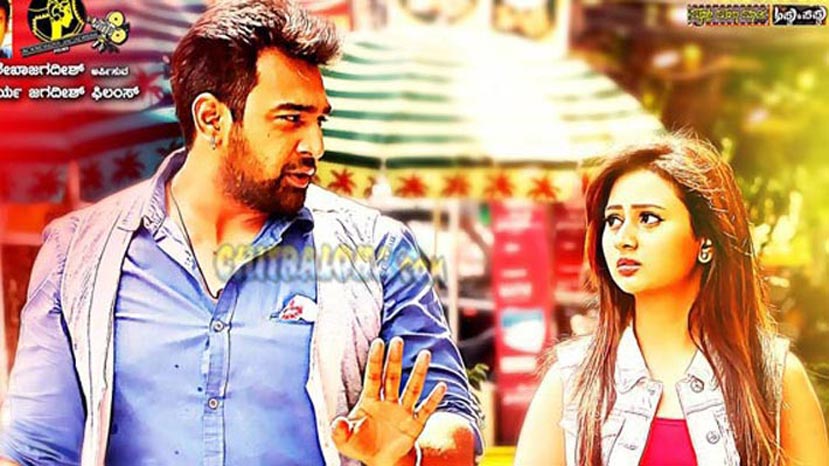 This week's first Kannada release Ram Leela is a fun film and full of entertainment. There is no doubt that this will be another hit film for Chiranjeevi Sarja and Amulya. The production house has got one more comedy film to its credit and Soundarya Jagadish has spared nothing in his efforts to make the film look as grand as possible. From the first scene to the last Ram Leela is a laugh riot and keeps audience entertained. Apart from the entertaining plot, the lavish songs which are shot in some exotic locations make the film a mass entertainer.

The film starts with Ram (Chiru)  abducting a bride and getting her married to her lover. She is the sister of a big don and Ram also is in hiding in Bengaluru after that. Here he falls in love with a girl and as luck would have it she also turns out to be the sister of the don. Meanwhile the don is in a cat and mouse chase trying to catch Ram. How Ram uses his intelligence to save his life as well as marry the girl forms the rest of the story. Apart from the lead pair of Chiru and Amulya a host of good actors like Shobraj, Sadhu Kokila, Rangayana Raghu, Ravishankar and Chikkanna give the proceedings a great comic touch.

Apart from a good plot what helps the film is a lavish production. The locations are not only new but stunning and has been captured beautifully. Therefore all the songs look very grand. There are no double meaning jokes and can be watched with the entire family. This is a perfect film to watch with family and friends and if you have not booked your tickets do it immediately.