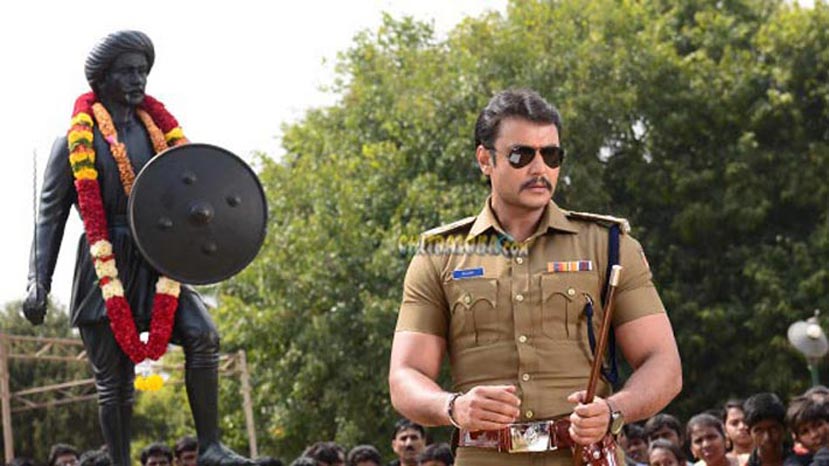 Darshan's Mr Airavatha has everything that his fans want. It is an action film to the core that will satisfy his core following. Mind-blowing action, amazing build-ups and fascinating dialogues makes it a repeated must watch for all his fans. Darshan plays an IPS officer who is posted to Bengaluru. He goes about doing his job without care for any of the bad elements. But inside and outside the police force, there are people who want to seem him off. In just five months, he almost cleans up the city of all rowdies and corrupt people. But in a strange twist in the story, Airavatha himself is arrested for being a fake IPS officer. The real story begins after that. After his arrest, people come to his rescue. They want him back as a police officer. But is it possible? Will Airavatha come back to complete the task? For that watch the action-packed drama.

Darshan is amazing in the film. Every dialogue of his gets whistles from fans. Other actors who make a mark are Prakash Rai, Sadhu Kokila and Bullet Prakash. Apart from action, there are some beautiful songs in the film. Urvashi Rautela excels in her role and is a perfect match for the muscle-man Darshan. On the technical side, the film is excellent. The camera work is superb and the editing takes the film on a full speed rush.

But there are some creative liberties that director and story writer Arjun have taken. Though it is a commercial film some of the things shown are very far fetched. It may not be to the liking of purists. Even the action is overboard sometimes and some of the action scenes seem to be inspired by Rohit Shetty films. But the film makes you forget these mistakes. This is what commercial entertainment in films is all about.