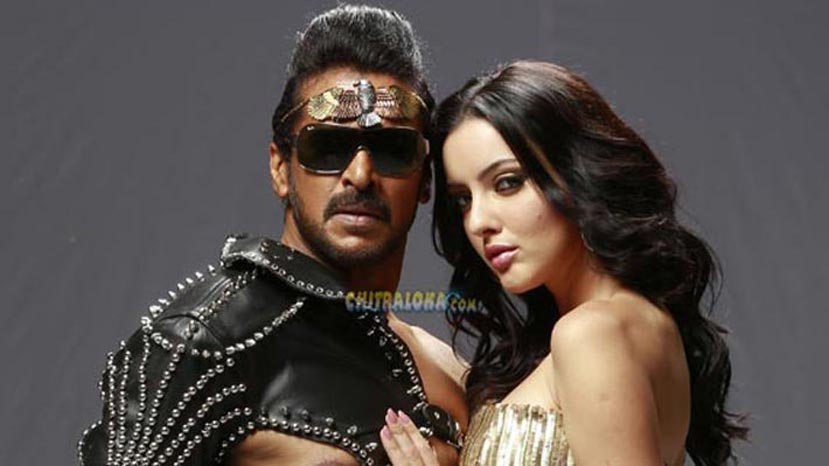 Upendra returns to direction once again and there was huge hope. It was seen as an answer to non Kannada films releasing in large number of theatres in Karnataka. Uppi2 has released in more than 200 screens in Andhra and Telangana. But is it worth all the hype? It is to only a small extent. Except for Uppi's fans the film offers nothing extraordinary to others. It might even upset fans of some other stars. At best Uppi2 is self indulgent attempt in the grab of saying it is about 'neenu'.

The film like other films Upendra directed attempts to confuse audience. This time however it is through editing rather than through a story. The film hardly has a story. No one should expect it also as the film is only about Upendra's attempt to say what is in his mind. How much he has succeeded will be left to individual preferences. This is because 10 people will understand the film in 20 different ways. Not that everyone will not like it but many people may find the unconventional manner of the film confusing.

The film takes the philosophy of the old film further. There it was about ego of a person who wants everything. The same person (or someone else whom some people think is the same) is now living a life in which he does not want anything. But such a character was seen in H2O also which this film does not disclose. Whatever the story here is not connected to the first film. Only some characters continue. The film is a personal growth for Upendra. But if it will be a trendsetter like the first film is doubtful. If you have liked the direction of Upendra before, you may like this film as extraordinary. But there are many for whom it may be not.