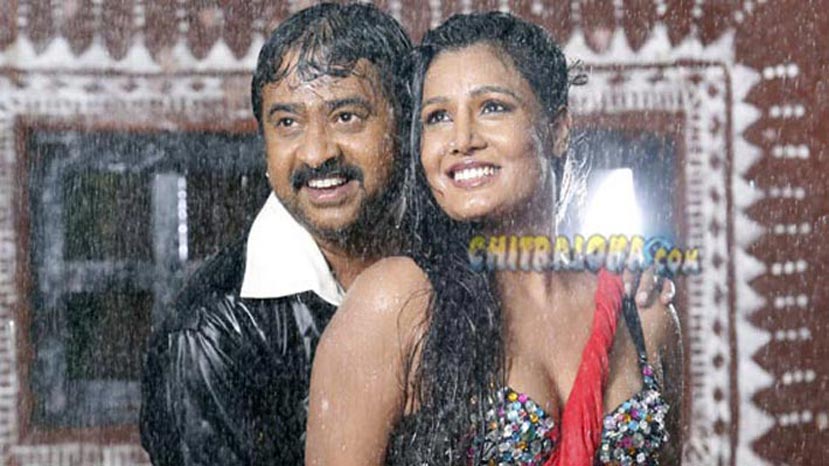 Mohan returns with a Herculean effort with Male Nilluwavarege. He has not only acted in the lead role but also written the script, dialogues and lyrics apart from producing and directing the film. It is a suspense thriller that has most of the story unfold in the span of one night. Mohan has managed to put together a tight narrative that has a gripping story to convey.

Mohan is a businessman who  suddenly begins to have nightmares. These are only a hint of the strange situation he is to find himself in shortly. He loses way on the way to Chikkamagalur during heavy rains and ends up in the home of a retired judge. The judge is giving a party to a couple of advocates and Mohan joins them as he has nowhere to go. But it turns out that the old men in the house have set a trap for him. The suspense continues till the very end. The film reminds of the early films of Sunil Kumar Desai like Tarka.

There are limited number of characters in the film but all of the actors selected are good ones who fit the bill perfectly. Dattanna, Sharat Lohitashva and Suresh Prabhu seem to be made for these roles. Karisubbu gets one more good role. The technical departments are also up to the mark. The cinematography and editing stand out.

There is a little bit of extra skin show and therefore the film gets an A certificate from the Censor board. The film is an interesting experiment though the play it is based on is 30 years old. Mohan deserves applause and the film good support.