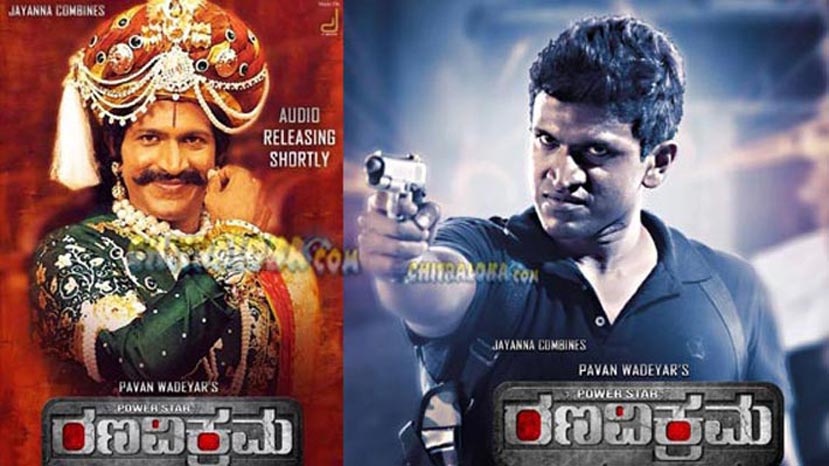 Ranavikrama is a film made to appease the fans of Puneeth Rajkumar. It is an action film that does not take a breather and goes on about the job from the word go. It also has a storyline that is not common. With two leading ladies there is glamour and romance. With a flashback set in 1947 it has the depth in narration and with the presence of Puneeth in an action image there is no shortage of anything the fans wish for.

The film starts with a small flashback set in 1947. A chained Puneeth kills a British officer. Then the story starts again in the present day with Puneeth as an aspirant to become a police officer. He does not want to give bribe so therefore struggles. But when he becomes a cop it is undercover. He is sent to investigate a village that is not even on the map and any government record. What Puneeth discovers there is stunning. Since 1947 something illegal is going on there. It is controlled by a gang that has its head in London. As Puneeth uncovers this mystery he has to face life threat every second. He manages to overcome that with a superhuman effort. Post interval the 1947 story is revealed and how the British officer conspired to keep this village unknown to the outside world. The climax is about how Puneeth, who is none other than the grandson of the original hero saves the day for Karnataka.

Apart from action, what works for the film is Puneeth's big screen presence. He takes the breath away from not just the villains but also the audience with his action scenes. The songs are also nicely done and pleasing. Adha Sharma is mostly seen in the first half while Anjali in the second half. Both do their roles perfectly and are charming. Vaidhy's cinematography is breathtaking. Action films require such spectacular imagery and he does the job like hardly any can. There is also a good cast of actors including Mukyamantri Chandru, Girish Karnad and the new villain Vikram Singh. This is a film made for fans and they will enjoy it to the hilt.

The action takes on many hues in the film. Ravi Varma should be appreciated for his efforts. It is not for nothing that he is one of the most sought after fight masters in the country today.