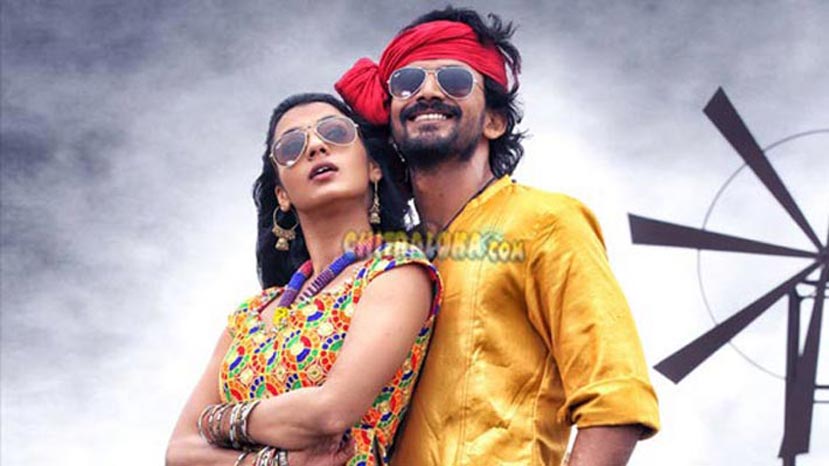 Rhaatee is a special film for several reasons. There is big hopes on director Arjun as he has delivered blockbusters earlier. Dhananjay who made a promising start with Director's Special also had a point to prove. Moreover Harikrishna has not only composed music but produced this film out of love. Though it has taken two years in the making, the film has very fresh theme and narration. The looks, the narration and storyline makes Raathee one of the most unusual and special films released in Sandalwood this year.

The film starts with the lead pair Raja and Rani (Dhananjay and Shruti Hariharan) seeking dates for their wedding from the priest. They are both orphans and only have each other to fall back upon. As part of the wedding preparations they come to Bengaluru to buy necessary items. What they encounter is a dangerous world that does not care for anyone. Rani goes missing and there is no clue where she is. She is found three days later and one by one the horrors of the city's underworld is revealed. Raja and Rani try to escape but are hounded by the underworld. Do they manage to survive and return to their village forms the rest of the story. In this film, the Raja and Rani are not some glamorous, wealthy pair. They are poor but their richness is their love.

Arjun has managed to make a convincing film that would keep the audience on the edge of their seats throughout. Every second of the film pushes the envelope of narration to a tighter spot. You feel yourself immersed in the film. Adding punch to the good narrative is the excellent camerawork by Satya Hegde and editing by Deepu S Kumar.

Dhananjay and Shruti are perfect in their roles. It is Bullet Prakash who gets one of the best roles. He plays a character that gets to emote every feeling from comedy to fear and being sentimental. Another good role is for Suchendra Prasad who as a police officer is amazing. Shruti plays a fan of Darshan in the film and therefore you can also find the actor's glory in full glow. Music by Harikrishna is already a big hit and the weekend has started in real earnest for the Kannada film fans.