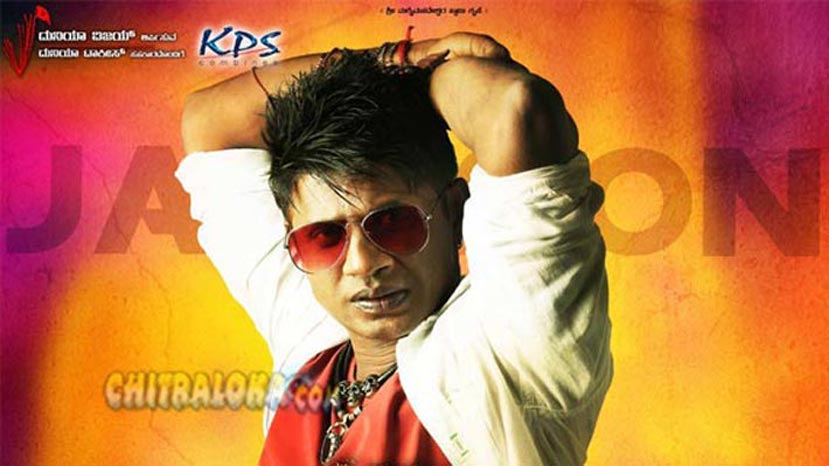 Duniya Vijay is back to doing what his fans want him to do. In Jackson, he fights like a super hero and entertains like a rock star. In this film he also dances like one. He also gets to sing bits of over 15 popular songs. It seems the fans wanted nothing more as they lap up this action-comedy entertainer.

Jackson is not a regular hero-heroine romantic film with comedy. Though Vijay and Pavana play the lead pair and their story is also about a romance, it is only one track of the film. There are several tracks in the film with different characters having their own progression and back stories. All the incidents of the different tracks finally converge seamlessly and there is a bumper of a climax.

Every scene in the film is made to create laughter. So in the beginning the different tracks seem to be going in different directions. However, post interval, we known that they are headed for a convergence. With various twists and turns and some more twists and turns to give the audience the full value for their money, the film takes them on a joy ride for nearly two and half hours.

Vijay is rocking in his role while giving him great company in the comedy department is Rangayana Raghu. Aishwarya and Pavana do a great job in their roles. While Pavana is paired with Vijay Aishwarya has a separate love track in which she excels in the acting department. Every character has its charm from that of Karisubbu to that of Nagendra Shaa.

In the technical department what stands out is the editing and cinematography. Choreography for Vijay is another plus point. Music by Arjun Janya and the lyrics by Yograj Bhat creates raw energy. Though a comedy film basically, there is enough drama and other sentiments to keep the audience engaged throughout. In comedy the film does not go over the top and sticks to the basic plot necessities. Jackson is a decent film for a family outing to the theatres.