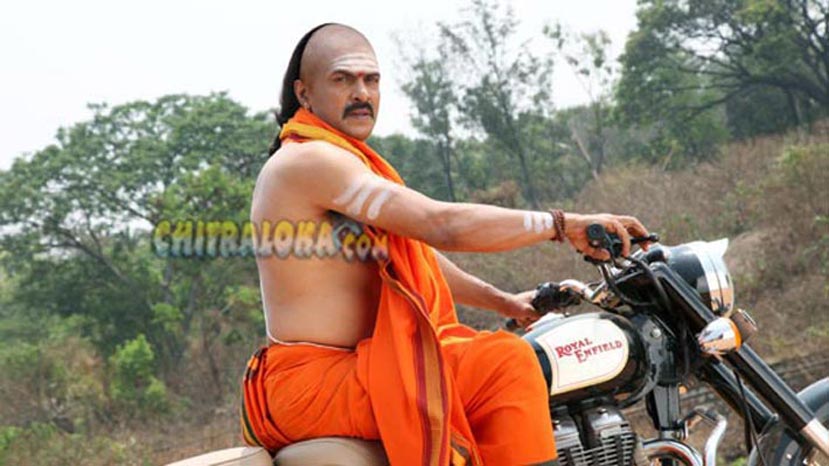 For one whole year this film's title was in controversy for various reasons. After many changes it was finally renamed as Shivam. Not only does the film justify the title but also lives up to the hype and expectations created for various reasons including the title itself. A mass appealing story, Upendra's enigmatic appeal, Ragini's characterisation and loads of commercial aspects make Shivam a great watch for the audience.

There are twists and turns in the film aplenty. There are superb stunts and fight sequences, charming songs, brilliant visuals, fun and drama. All of these are encapsulate in a riveting storyline.

The film starts with the introduction of a temple and the priest who runs it. It is in its family for a thousand years. However bad eyes fall on it and Basavanna his second son has to rescue it. Basavanna, played by Uppi is an enigmatic character. He is shown to be a gangster involved in shady deals. But when his father dies, he takes up priesthood. He is revealed to have all the necessities of priesthood. So is Basavanna a priest or a gangster? The twists that follow are mind blogging. Director Srinivas Raju has managed to create suspense every step of the way.

Every character has its specialty. Ragini's character starts as a club dancer who becomes a gangster. But as the film progresses, it takes on more shades and this is easily one of the best roles Ragini got in her career. Ravishankar's character is also another special one.

Veteran actresses Bhavya and Geetha are brought back on screen but they have small roles. Otherwise other characters played by Srinivas Murthy, Shivaram, Bullet Prakash, Doddanna and others get good treatment. Producer Manohar has spent a great deal of money to make the film lavish. His brother C R Gopi plays one of the villains and proves his acting abilities.

The action in this film is top class and along with the lavishly mounted songs shot in exotic locations makes for an eye-candy entertainer. Saloni looks a bit older but holds her appeal and goes completely missing in the second half. The film is perfect if you want to watch an action packed suspense thriller that shows the glory of Indian values.