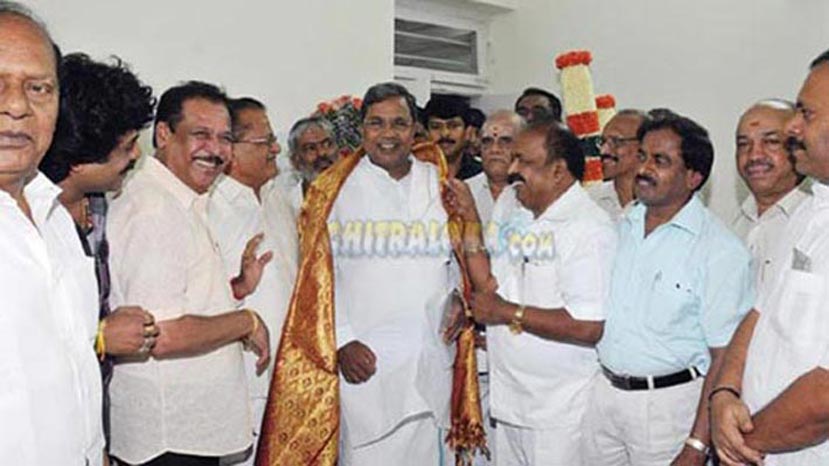 The Karnataka Film Chamber of Commerce President B Vijayakumar and others met Chief Minister Siddaramaiah and thanked him for the various facilities he gave to the Kannada Film Industry in the recent budget.

Siddaramaiah in his recent budget had extended full support to the film industry by increasing the number of subsidy films from 75 to 100 and by increasing the service tax. So, B Vijayakumar along with past presidents K V Chandrashekhar, Ajantha Raju, H D Gangaraju, senior producers Chinnegowda, Sa Ra Govindu, Umesh Banakar and others met the Chief Minister and thanked him for his support.

The Chamber president along with other members of KFCC met Information Minister Santhosh Laad and thanked him.