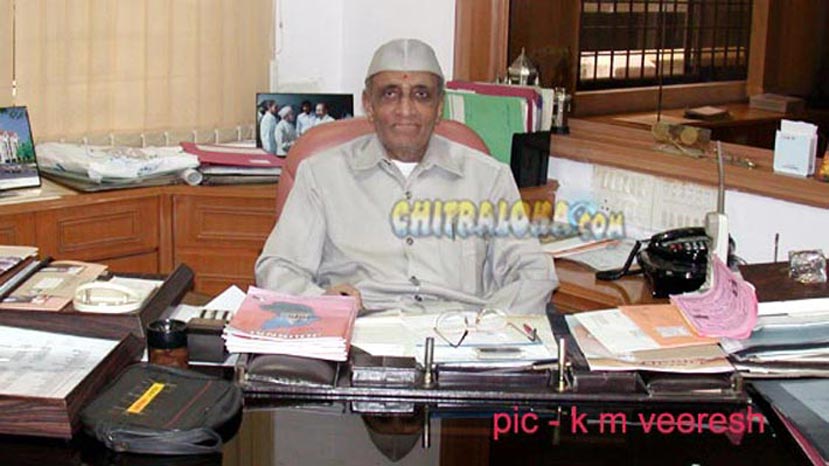 There has been a major development in the office of Karnataka Film Chamber of Commerce (KFCC) on Wednesday evening. The President of KFCC Tallam N.Nanjunda Shetty was forced to resign from the post. This is because of strong exhibitors lobby not budging the demands of Film Chamber with regard to reduction of rents of five prominent theatres on Kempe Gowda Road.

‘I am stepping down because I have not been able to do good for the Kannada film producers’ admitted Tallam N. Nanjunda Shetty in a crucial meeting on Wednesday evening. A large section of producer sector like Rockline Venkatesh, K.Manju, Munirathna and others were present at the meeting that resulted in the resignation of the President of KFCC.

It may be recalled that a month back all the sectors of the Film Industry sat on a dharna in front of tentative KFCC office in Gandhinagar and at this time it was decided on the spot proper instructions would be issued to theatres like Narthaki, Santosh, Triveni, Sagar and Aparna for 10 percent reduction of rent for Kannada film producers. This has not taken place even after frequent appeals made by the Apex Body of film activities KFCC.

The active Kannada film producers are likely to have a strong say in the KFCC activities it is learnt from the developments of Wednesday.