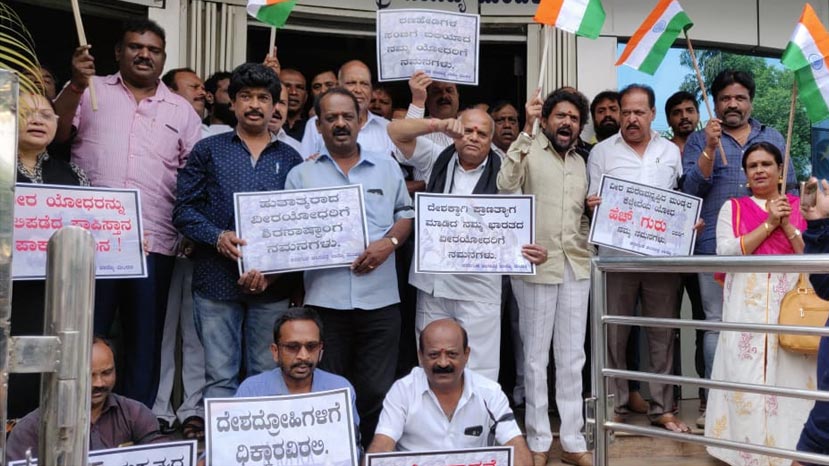 The members of the body which held a condolences meet condemned the cowardly act of the terrorists in which at least 44 brave CRPF jawans were martyred on February 14.

The president of the body A Chinne Gowda along with the executive members of the body Ba Ma Harish, H C Sreenivasa (Shilpa), its treasurer K M Veeresh and others including KCN Chandrasekhar, K V Chandrasekhar, Sa Ra Govindu, A ganesh, Ba Ma Girish, Naganna and others held a silent protest after paying respects to the brave souls by lighting candles and remembering their supreme sacrifice.

They also urged the central government to take stern measures in giving befitting reply to the dastardly act against the terror outfits operating from the neighboring country. Many members voluntarily came forward to give funds to our Mandya Soilder Guru who got killed in the terror attack.