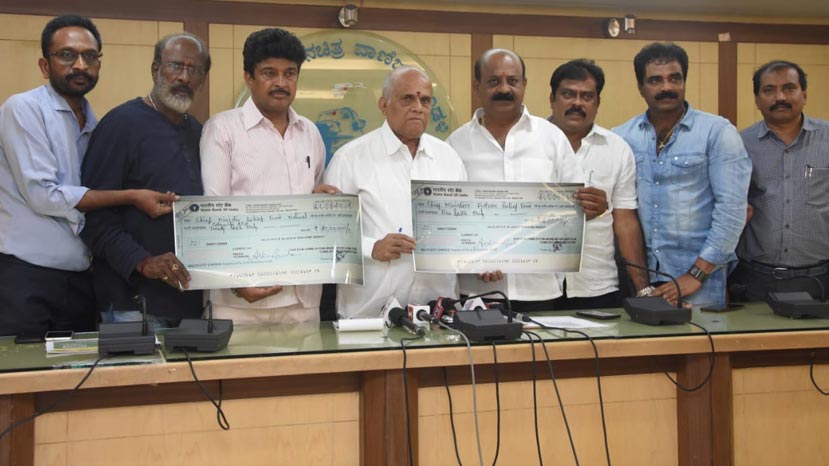 The Karnataka Film Chamber or Commerce is handing over a cheque for Rs 20 lakh to the Chief Minister's relief fund for relief work in flood affected Kodagu district of the State. The KFCC has also giving Rs 5 lakh to Kerala State for relief work there.

The office bearers of KFCC and film personalities including KfCC president Chinne Gowda, producers Rockline Venkatesh, K Manju, Karisubbu, KM Veeresh, Shilpa Srinivas, Ba Ma Harish and others were present at the KFCC office when the announcement was made earlier today. Chinne Gowda said that the film industry is beind the people of Kodagu and other affected places and will do whatever possible in the relief efforts.

He said that film actors and other film personalities were also doing their best in their individual capacities and the industry as a whole would be ever ready if anything is required of them in the days to come. He hoped that the relief efforts reach all those affected and those who have lost family members and properties would recover from this tragedy and rebuild their lives at the earliest.