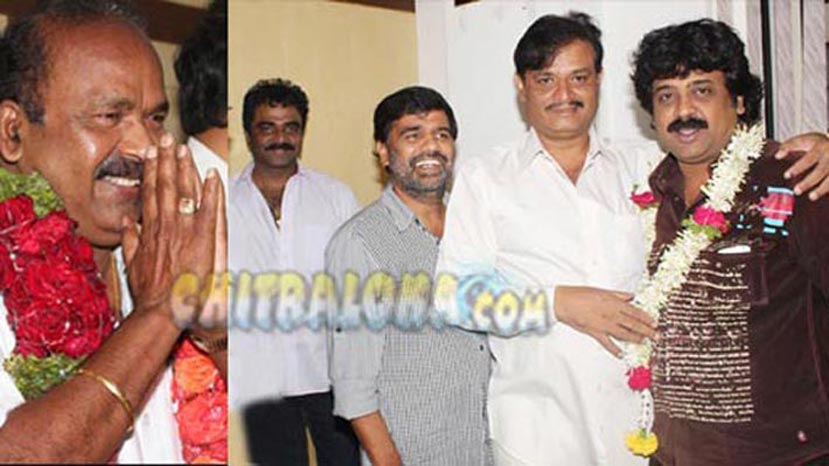 An analysis of the recently concluded KFCC elections reveals that it is the combination of  the biggies in the industry which paved the way for his election to the top post, though he has not so active as a producer in recent days.

Elections today are a different proposition, as many factor influence the outcome.  The groupism can not be avoided in a trade body where their are conflicting interests.  And the old Veterans have always tried to capture the power for them or their cohorts to retain their influence.

Frankly B.Vijayakumar who had lost an earlier election to the top post is not a regular person involved in film trade or in the affairs of the chamber.  His claim to fame is that he had produced films with Dada Dr. Vishnuvardhan and Ambareesh. He is now actively involved in politics and has been identified more as a supporter of former Chief Minister B.S.Yediyurappa.

The unbeatable combination of  Rockline Venkatesh, Munirathna Suresh Gowda, Umesh Banakar and MG Rammurthy had really worked hard to get B. Vijayakumar elected to the post of the President of the KFCC. The regrouping of these forces to back Vijayakumar was a strategy of Producer Soorappa Babu and Ramesh Yadav who single handedly brought these leaders together.

Once this combination was put in place at the helm of affairs, rest of things followed. From the exhibitors side it was Prasanna-Pramod theatre's Anand who backed Vijayakumar.  From the distribution sector, it was K.V. Nagesh Kumar and Navashakthi Nagaraj who were the torch bearers for Vijayakumar.

Once this combination jointly pleaded with the voters to support Vijayakumar, it was easy for Soorappa Babu to mobilize support.  Numbers slowly swelled in favour of Vijayakumar and Rajendra Singh Babu's decision to contest just facilitated easy victory for the former.