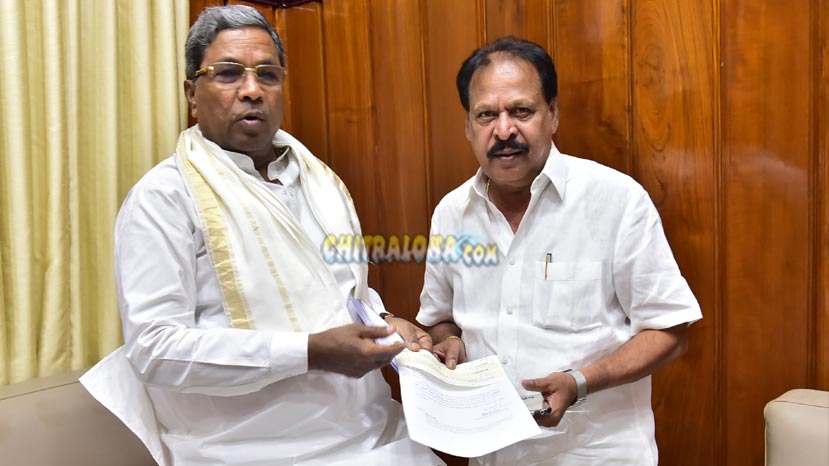 After giving the bumper to Kannada film industry in yesterdays budget, now as promised to Sa Ra Govindu, Karnataka Chief Minister Siddaramaiah has handed over the cheque of Rs Five Lakhs to KFCC President Sa Ra Govindu to be given to reputed director A T Raghu.

AT Raghu is suffering from kidney failure and is undergoing dialysis and was in need of financial support.

Recently Chitraloka had posted a video and photo on AT Raghu's medical condition. KFCC Presdient Sa Ra Govindu immediately had approched CM to help AT Raghu and CM Siddaramaiah had immediately obliged.